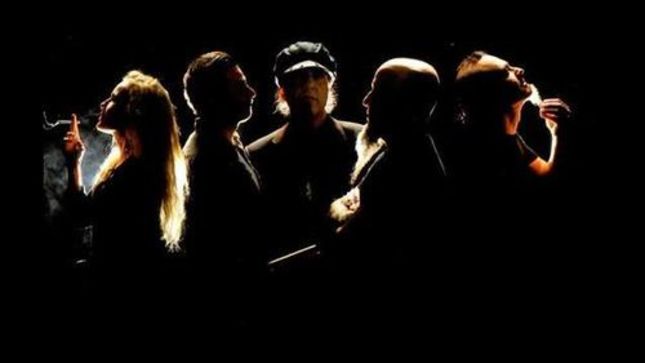 In an interview with Radio.com back in October, Scott Ian stated: “There’s a band called Mother Superior that you’ve probably heard of: they were the Rollins Band for years. It was Jim Wilson’s band, he’s been Daniel Lanois’s bass player for years, he was just Emmylou Harris’s musical director on her last tour. Jim and (Scott’s wife, singer/songwriter) Pearl are writing partners, they’ve written all of Pearl’s solo material together. We love Mother Superior, this kick-ass three-piece rock band from L.A. They’ve been gone for about seven years. I turned 50 last December. My birthday present to myself was, I cherry picked my 12 favorite Mother Superior songs, I put a band together, and we played a concert in the jam room in my house for like twenty of our friends, who are really into Mother Superior. The vibe in the room was so good. It was me, Jim Wilson, Pearl, John Tempesta (formerly of White Zombie, Exodus and Testament) on drums and Joey Vera (formerly of Armored Saint and Fates Warning, and briefly of Anthrax) on bass. We crushed it.”

“Long story short: Tracy Vera is at work the next day, she’s the Vice-President of Metal Blade Records. (President) Mike Faley walks in and says, ‘I heard about this gig at Scott’s house last night! (Photographer) Neil Zlozower called me and told me about it!’ Neil’s a big Mother Superior fan, too. ‘Are they gonna do anything with that?’ And she said, ‘I don’t know, I’ll call Scott.’ So she called and asked me, ‘Do you want to do anything with this, because Metal Blade would sign it! It would be my project.’ I was like, ‘I would, but let me ask Jim!’ And he said, ‘That would be great!’ So two weeks later, we went into the studio with (producer) Jay Ruston, set up live, and made the record in two days. Metal Blade’s putting it out at the end of January. It f—ing rocks!”

Motor Sister will perform at Saint Vitus in Brooklyn, NY on February 12th. A flyer for the show can be seen below: