MOTÖRHEAD - Biopic On Late Frontman LEMMY KILMSTER In The Works 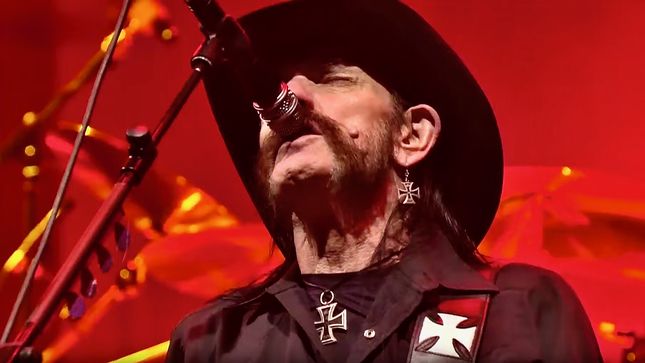 Ian Fraser Kilmister, the late lead singer of Motörhead, one of rock's legendary hard-living frontmen and a figure recognized globally as just "Lemmy," is to get the biopic treatment, reports Hollywood Reporter.

The upcoming film, Lemmy, is to be directed by Greg Olliver, who spent three years following Motörhead and Kilmister - who passed away in 2015 aged 70 - for the 2010 documentary of the same name, Lemmy.

The project, which will be introduced to buyers by VMI Worldwide at the upcoming virtual Cannes market, will center on Kilmister - regarded as a godfather of heavy metal - and his adventures as a "vanguard and talisman of the loudest, dirtiest and most liberated rock ’n’ roll band in the world."

Lemmy will follow Kilmister's early life in England, his early experiences as a roadie for Jimi Hendrix and his time with psychedelic rock back Hawkwind (with whom he spent five years before being fired for erratic behaviour).

But it wasn’t until his 30’s that the musician strode out on his own to create Motörhead, which would change the rock world with its unrepentant mixture of loud, fast and completely free rock and roll - paving the way for bands like Metallica, Megadeth, Anthrax and others as it bridged the gap between heavy metal, thrash and punk.

Motörhead would record and tour for 40 years until Lemmy’s death in 2015, with their 1980 single "Ace Of Spades" still a world-renowned heavy metal anthem.

"Everything you’ve heard about Lemmy is probably true... not because he was embracing rock n’ roll clichés, but because he was creating them," said Olliver. "Marlboro Reds and Jack Daniel’s for breakfast, speed for dinner - all true. But behind that steely-eyed façade of rock n’ roll was also a compelling, complicated and lion-hearted man who stayed the course and never gave up playing the music that made him happy. We’ve been carefully developing this biopic since 2013, making sure to stay true to Lemmy, Motörhead band members Phil Campbell and Mikkey Dee, and all the other folks that played important roles in Lemmy’s life. This will be a film they’ll be proud of."