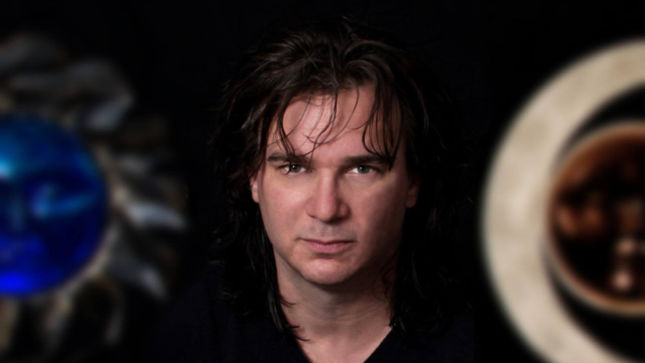 Frontiers Records has announced the signing of musician/producer Billy Sherwood (ex-YES) for the release of a new, exciting band and concept album entitled Citizen. Billy Sherwood is well known for gathering amazing musicians together to perform on his projects. For this record, he has his eyes on some of the best in the business, once again, to help bring his vision to life.

In Billy’s words, “Citizen is the story of a lost soul wandering through time and living through many lives during historic periods of time. A reincarnate, he finds himself as a conscript to the ancient Roman legionaries, fighting in the last battles and as a witness to the fall of the Empire. As a close friend discussing the myth of the flat earth with Galileo. As an apprentice to Oppenheimer, he questions the ethics of splitting the atom and it's morality. As a messenger to the high command during WWI, racing through the trenches of Belgium and France. As a factory worker during the rise of the industrial age, merging man with machines. As a victim of the great depression with no options left....and more situations that place the "Citizen" in controversial, emotional and historic settings."

Billy has written all the music and production is now in full swing. Guest artists joining Billy in this journey through music, time and space include:

More guests and musicians are to be announced. Frontiers hope to release this new album in early 2016.

In related news, Billy has also reformed his original band World Trade, along with all the original members Bruce Gowdy on guitar, Guy Allison on keyboards and Mark T. Williams on drums. A new album in a musical direction close to Toto's most recent releases and YES (90125/Big Generator era) will be unleashed after the release of Citizen.