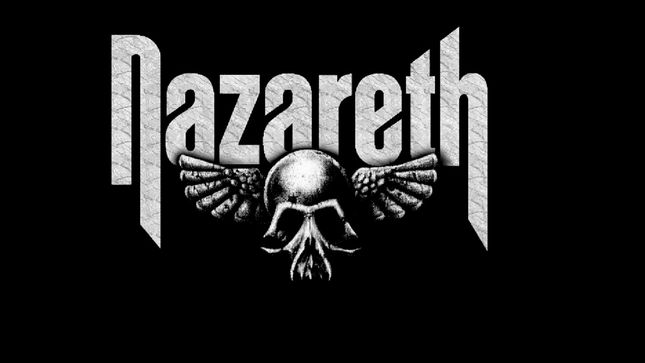 Vintage Rock Pod spoke with Pete Agnew,  the last remaining original member of hard rockers Nazareth, about the band's plans for a new album and his thoughts on retirement.

On plans for a new album: "We’re going into the studio at the beginning of April and we'll take April and May, usually 7 weeks we like to record an album. It’ll take a couple of weeks for the producer to mix it so by the time you add it together the recording process takes about 3 months. Back in the day we made Razamanaz in 12 days!"

When will it be released?: "If we’re lucky we could get it out by November, which I would like to because hopefully by November we should actually be able to play some shows. Right now all I’ve been doing is cancelling shows. We were booked all through last year like every other band were but had to cancel everything. We were thinking we might start out in June, we've got a couple of festivals in the Czech Republic. But who knows. If anything's going to happen this year it'll be really late on in the year. We’re working on that premise. We've got a big tour in Russia in October and a big tour in Europe in November and December so I’d like to get the album out for that tour, that would be good to have it out for then.

"We weren't actually going to record until the end of the year but we didn’t know then that we weren't going to play for the whole year! So what we did is decide to move the recording forward. So we thought we’d get it done in April and May and see when we can go back to live work but its anyone's guess.

"I'm talking to other bands, I talk quite regularly with Mick Box from Uriah Heep. They're the same as us, hoping that the festivals would stay on in the summer. Because there's a chance that that might happen. There's a lot goes on in Europe over the summer out in Germany and Austria in the summertime."

Is everyone writing new material and passing round demos?: "It's not as easy as it sounds. When we first went into lockdown everyone threw themselves in to writing... [we] were quite fresh getting into the writing with ideas and everything. But when you get stuck at home for a long long time, the way I work, when I’m writing songs or getting ideas for songs, is because I’m travelling around, active. There's just a thing about travelling and ideas come to you and things. When you're just sitting around, after a couple of months, that boredom sets in and I find it hard to keep your level of creativity up. I don’t think people are feeling all that creative, they're feeling more like prisoners. So it’s not a good atmosphere to try and write. Luckily we've got 4 guys that write so it takes the weight off when you know that the other guys are all working on stuff. As for passing demos around, up to a point we do. Jimmys incredible, he's sent me 13 songs he's done so I don’t think there'll be a shortage of material for this next album!"

Thoughts on retirement: "If this is what it's like in retirement, I don’t think I'll bother. I've had a taste of it for this last year! It's a way of life, anybody will tell you that as a working musician. The people in the arts don’t really retire they just die. It just finishes, it gets stopped for you. I have no intentions of actually retiring. As I say I don’t think I’d look forward to do what I'm doing now!"

Listen via Apple Podcasts, or below: