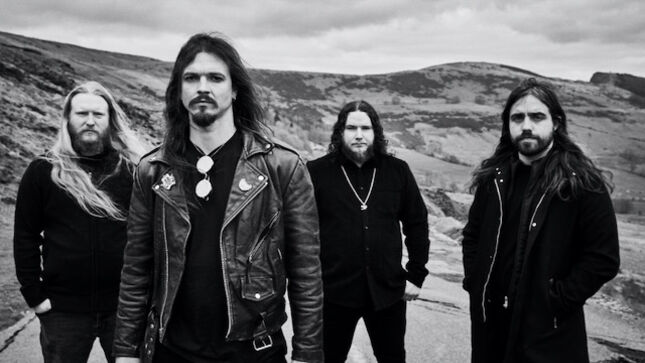 UK black metal metal act Necronautical have released the video for "Necropsychonautics" from their upcoming fourth album, Slain In The Spirit, out August 20th via Candlelight / Spinefarm.

Vocalist / guitarist Naut comments, "We are proud to unveil 'Necropsychonautics', the second single and music video from our new record Slain In The Spirit. In this visual manifestation, created by James 'Carcarrion' Goodwin and Courtney Sherives, we witness an individual fleeing an unnamed malevolence, testing the fabrics of reality and the limits of human consciousness. This is a journey of cosmic significance through the maddening horror of the unknown. Behold 'Necropsychonautics'!"

Necronautical have always been about exploring the darkness. Their very name means "to explore death." It's fitting, then, that on Slain In The Spirit, the Manchester band are pushing both their sound and their concept to the outer limits.

Since forming in 2010, Necronautical have become respected among the British black metal underground. Across three albums — 2014's Black Sea Misanthropy, 2016's The Endurance At Night and 2019's Candlelight Records debut Apotheosis — their sound has become one rich in its skill with the dark side of metal. Ambitious and grandiose in its symphonic touches, this velvet glove hides beneath it an aggressive iron fist.

On Slain In The Spirit, this is truer than ever. Everything has been taken to a degree beyond where the band has trodden previously, with the symphonic elements swirling even more dizzyingly above a metallic attack that hits with an almost machine-like ferocity. So much so that the band have transcended black metal altogether. 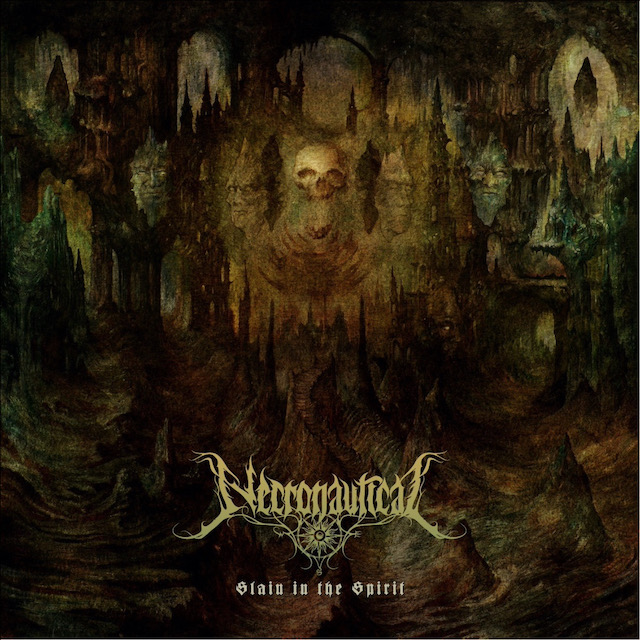 Slain In The Spirit tracklisting: