NIGHTWISH - "We Packed Up The Summer Camp..." 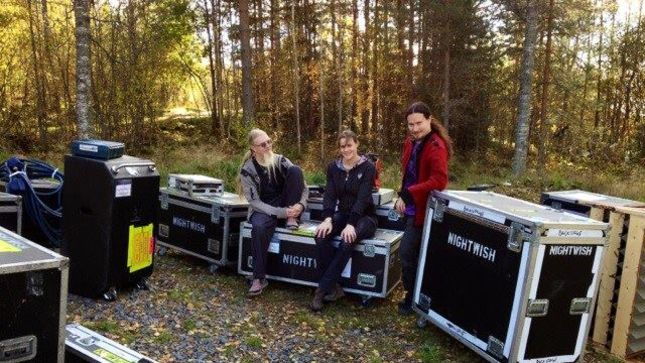 Nightwish have wrapped up a large portion of the recordings for their highly anticipated new studio, the first to feature Dutch vocalist Floor Jansen (ReVamp, ex-After Forever). They have checked in with the following update:

"We packed up the summer camp and we feel the blues of saying goodbye to this beautiful place we called 'home' for the last three months! But onwards to the last recordings, the mix, the master. Onwards to 2015!"


Nightwish are currently working on their new album, along with producer Tero “TeeCee” Kinnunen. The yet-untitled creation will be the first Nightwish studio-record to feature Floor Jansen. Longtime drummer Jukka Nevalainen will sit out on the recording sessions due to health issues; Kai Hahto (Wintersun, Swallow The Sun, Trees Of Eternity) will replace him. It’s set for a release in spring 2015 via Nuclear Blast.

The band recently released the fourth album trailer called The Beginning Of The Summer Camp.