NIKKI SIXX Talks Recovery, Sobriety, Advocacy - "It Was Not Glamorous Being An Addict; It Ends In A Coffin" 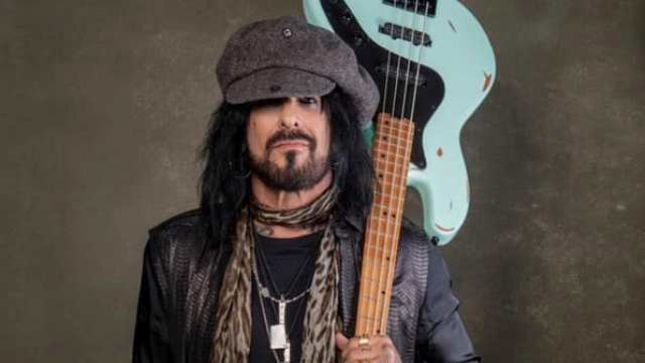 Yahoo Entertainment caught up with Mötley Crüe / Sixx: A.M. bassist Nikki Sixx to discuss the Artists for Recovery charity single "Maybe It’s Time", the grim statistics regarding the current opioid crisis, and how he avoided becoming a grim statistic himself.

Y: There are some people who foolishly think that heroin is glamorous or "rock ‘n’ roll" — you know, that idea of "heroin chic," Johnny Thunders, Keith Richards, "live fast, die young, leave a good-looking corpse."

Nikki: "I subscribed to that same thing when I was in my twenties. But it ends in a coffin. It was not glamorous being an addict. Sure, I had a lot of fun in my early drinking years and all that — like Animal House brat, over-the-top, Mötley Crüe debauchery. It was what it was. It was the ‘80s, and cocaine was everywhere and everybody was drinking and it was wild and fun, and you destroy your hotel room and all that s***. But now you look back, you're an adult and you have kids, and it’s like, 'What can I do to debunk that myth?' I’m not talking about behavior; I'm talking actual addiction.

That's why I'm really proud of all the artists on 'Maybe It's Time', because it takes people that you wouldn't expect to say this stuff. And I spoke in front Congress once (in 2007) for Recovery Month, and I remember I was with (Democratic congressman) Patrick Kennedy, who’s sober. I looked out and there was like 400 f***ing cameras and reporters out there, and I thought, 'I am a fish out of water, but I have no choice. For some reason, this is part of my destiny.' And I remember saying, 'I’d rather be the guy that people don't think is cool than be the guy in a coffin.' That just fell out of my mouth, and it started flowing out of me, all of these things that we’re talking about now. I said, 'Maybe people like me — who still can pull a crowd and make music and are thought of as ‘cool’ — maybe if some of these people can stand up and say, ‘I survived addiction, and this is how I did it,’ it will be a little ‘cooler’ to be sober.' I don't want it to be, like, 'Oh, Nikki isn’t cool anymore.' I say, let's make the sober gang be the cool gang. That's the goal."

Sixx, who recently relocated to Wyoming from California, has taken to social media with the following update: