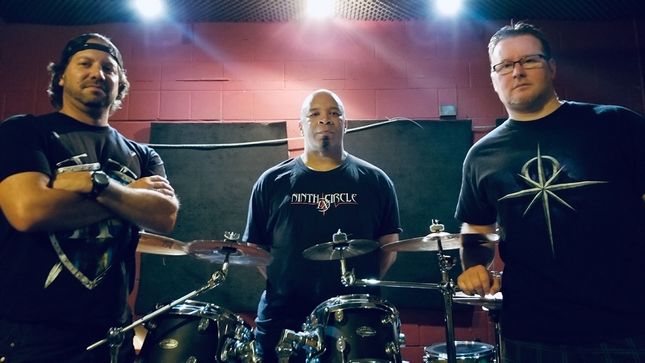 Ninth Circle will be performing at two events in August to debut their brand-new line up with Richie “Captain Black” Brooks on drums. Ninth Circle’s first performance will be special “on air” performance on August 13th from 8 – 10 PM PT on C4OCRadio.com’s House of Metal show broad casting live from the world famous Doll Hut in Anaheim, California. The band will be the “special guests” of the entire evening.  The broadcast will be a combination of live performance and interview.

“This is an exciting way to introduce Richie as our new drummer”, explains bassist Frank Forray. “We have been playing with Richie for a little over a month now and things have been sounding better than ever! This will be a brilliant way to show Ninth Circle fans and the broadcast world what Ninth Circle is capable of now with Richie in the band. You will be surprised!”

Ninth Circle then follow up their “on air” debut with their live performance debut on Saturday, August 24th at Malone’s in Santa Ana as part of the Third Annual C4OCRadio.com SoCal Independence Bash festival.

“Things are coming at us hot and heavy now”, quips Frank. “It’s time to get this machine out in front of the masses and come out all guns blazing to show our audience what the new line up can do. We have been working on a couple of things in the rehearsal studio such as, getting Richie up to speed with the back catalog, deep cuts and not to mention working on the batch of new songs that are from our soon to be released new CD! We are all really excited about the possibilities now. We can really move around the spectrum of songs we have, new and old, and Richie breathes new life into them. Our fans will be blown away!"