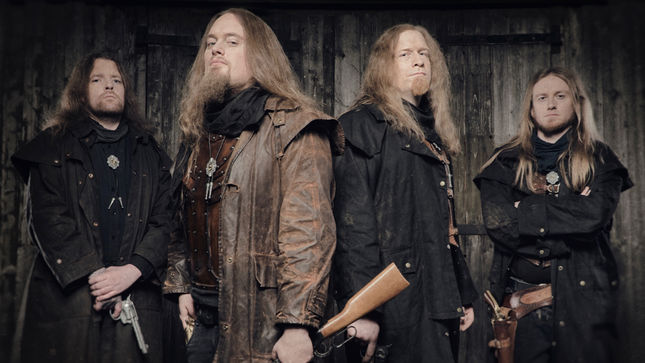 The German melodic power metal institution Orden Ogan will embark on their next headlining European tour this October and November. With them on the road: their new studio record Gunmen and the special guests Rhapsody Of Fire.

Orden Ogan, Germany’s premier power metallers, have exceeded themselves with their new (5th) studio album, titled Gunmen (out July 7th via AFM Records). Undoubtedly, the band has delivered their heaviest but at the same time also most melodic piece of work. With their latest studio album Ravenhead (2015), Orden Ogan toured Europe supporting HammerFall and later Powerwolf too, before running their first own European headlining tour in March 2016. Ravenhead became a chart success in several European countries, with #16 in the German album chart marking their all-time best result. Now Gunmen continues the band’s track record, combining classic Teutonic metal with a modern production on international top level.

On October 13th, the band’s next headlining tour will kick off – and it’s about to become one of the year’s best melodic metal tours for sure. Italian symphonic power metal masters Rhapsody Of Fire will be Orden Ogan’s special guests this time and another high-class supporting act will be announced soon as well. Rhapsody Of Fire have just released their new album Legendary Years that features rerecordings of old classics and was mixed and mastered by Orden Ogan singer/producer Seeb. On this tour they will present new singer Giacomo Voli and the new drummer Manuel Lotter (ex-Emil Bulls).

Check out dates on the tour flyer below: 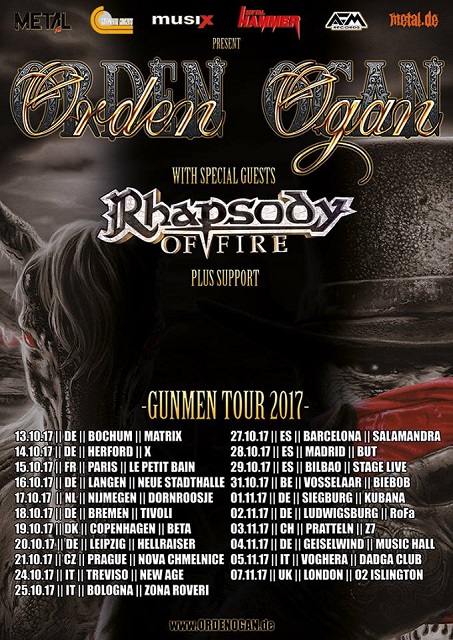 Orden Ogan recently released the second single from their new studio album, Gunmen, out on July 7th via AFM Records worldwide. “Fields Of Sorrow” is one of the ten tracks featured on the new release, which also offers a guest appearance of former Leaves’ Eyes/Theatre Of Tragedy vocalist Liv Kristine on the song “Come With Me To The Other Side”.

Band leader Seeb Levermann: ““Fields of Sorrow” is a special song for us in many ways: besides the (virtual) title track “Gunman”, it is the only song in Orden Ogan’s history which I wrote together with our guitarist Tobi. Also, “Fields Of Sorrow” is quite likely the most melancholic song we’ve ever recorded. Lyrically we enter a kind of “Dark Fantasy/Wild West/Civil War“ world, telling the story of a man who loses the love of his life on the battlefield and has to bury her right there - while the Civil War is still raging on. The lyrics show his dark, heartbreaking thoughts in these minutes, a sad but realistic picture of human existence. With its epic-melancholic chorus, modern grooves, heavy riffs and orchestral arrangements, “Fields Of Sorrow” features all of Orden Ogan’s trademarks.”

The lyric video can be found below. 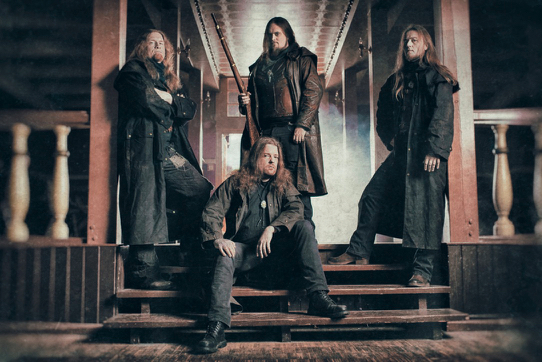 The album was once again produced by the band’s guitarist/vocalist Seeb Levermann, who just recently had also handled mixing & mastering duties for Rhapsody Of Fire’s latest release, Legendary Years. 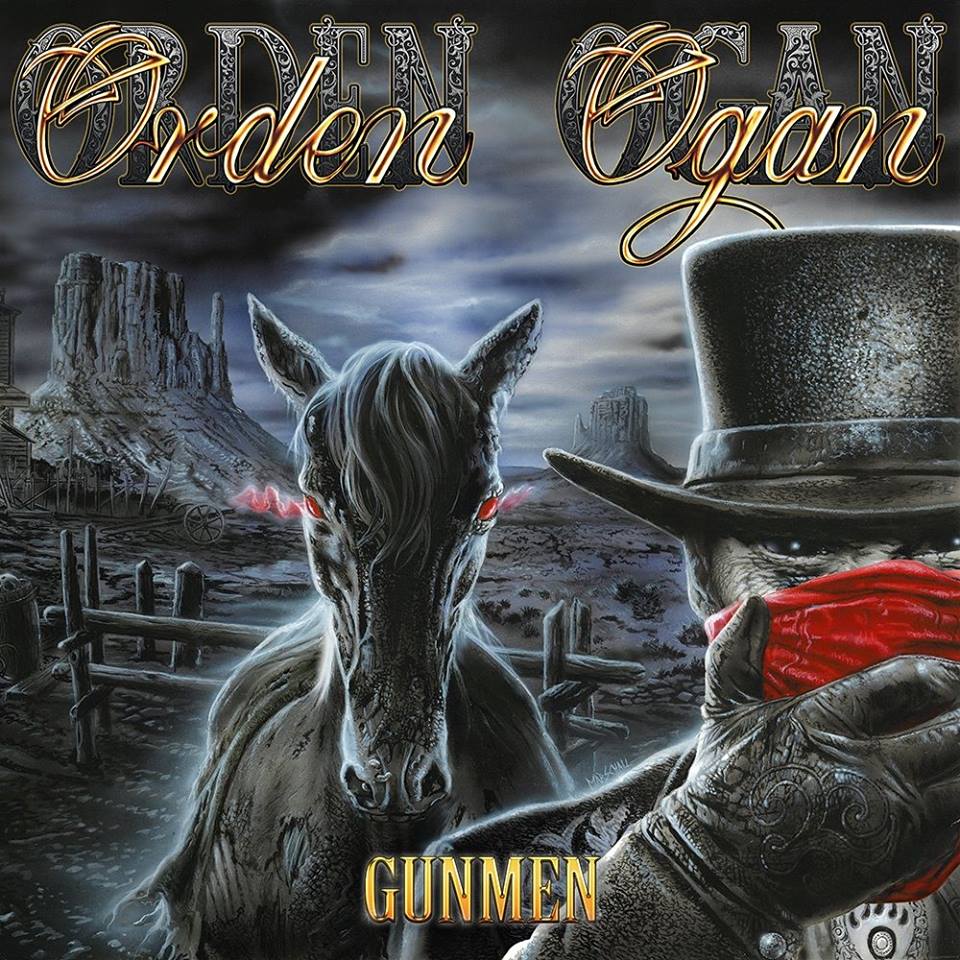 “Gunman”
“Fields Of Sorrow”
“Forlorn And Forsaken”
“Vampire In Ghost Town”
“Come With Me To The Other Side” (feat. Liv Kristine)
“The Face Of Silence”
“Ashen Rain”
“Down Here (Wanted: Dead Or Alive)”
“One Last Chance”
“Finis Coronat Opus”