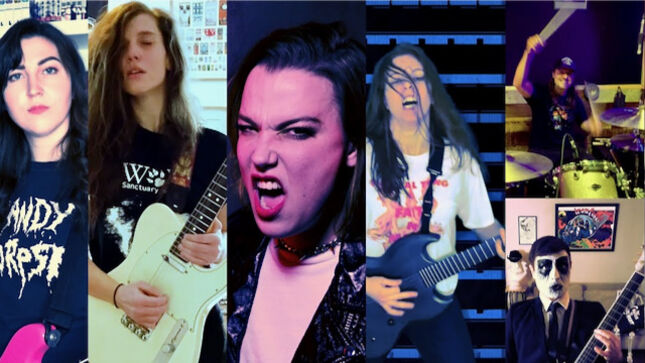 Two Minutes To Late Night is back with a cover of Pantera's "Mouth For War", from the 1992 album, Vulgar Display Of Power.

A message states: "Gina wanted to cover Pantera so we covered the crap out of Pantera! All of the artists involved with this video will be donating their payment to Dallas Hope Charities Transitional Living Center.

"This is our 36th bedroom cover made with the support of Patreon. With so many musicians stuck at home with no outlets, we're going to keep producing these style videos and use the Patreon to give some money to everyone who has a part in them. Please support our friends by donating to our newly redone Patreon, here."