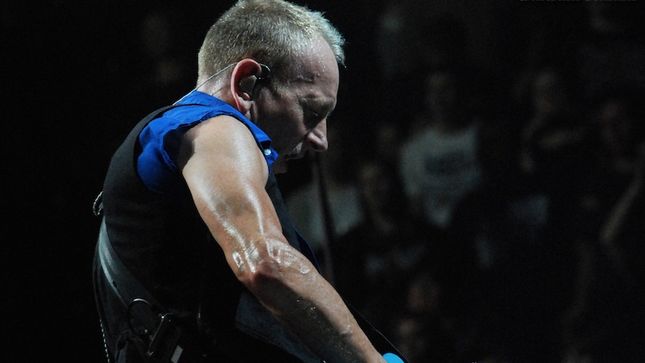 Fans have been clamouring for Def Leppard to “riff-it-up” again, venture back to their treasured roots of High ’N’ Dry and Pyromania and during a recent chat with BraveWords, guitarist Phil Collen was asked if that youthful heavy rock attitude will appear in any new material.

“Yeah, we are aware of that,“ Collen says about the fans wanting the Brits to go back to their roots. “The first two Leppard albums were Leppard, definitely influenced by like AC/DC, but Pyromania was something different and more Def Leppard and unique. And Hysteria was even more unique. You know, I get it, people want the Stones to be a blues band, but not really aside from a ‘Jumpin’ Jack Flash’ or ‘You Can’t Always Get What You Want’. So with that, you can do the odd song and make it aggressive. The Slang album was kind of live and dark, and I thought represented us live too. But people didn’t like that album. You know, sometimes you can’t win. And then you have the other people who want to hear just Hysteria, and we kind of get sick of that. So you have to really do what you want to as a band. Queen and Prince always did their own thing once they got their own sound, and mixed it up. But yeah, I think we will be doing the odd song as a hard rocker.”

Watch for the complete BraveWords feature with guitarist Phil Collen in the coming days.

An iconic player needs iconic pickups; that’s why Def Leppard’s world-renowned guitarist, Phil Collen, has used DiMarzio pickups exclusively for over 40 years. When he asks a question that starts with “What if …?,” you make it happen!

Phil wanted a single coil sized pickup with the weight and attack of a full-sized humbucker, yet still retaining clarity.

Sugar Chakra is a thick, creamy pickup with crunchy mids, designed to feel like a full-sized humbucker in single coil form. The top end is smooth with mids that bite just enough to cut through the mix.

Phil road tested the Sugar Chakra on the G3 tour with Joe Satriani and John Petrucci. He says, “It’s just really clear and precise but it’s got all the balls and the fire power. It’s gonna be awesome as a new addition to the DiMarzio family.”