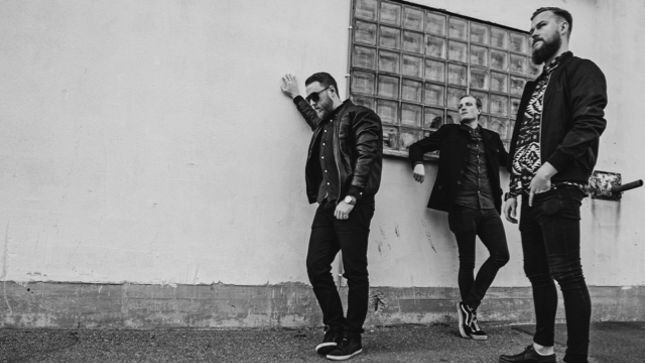 Century Media Records recently started a collaboration with Anders Fridén (In Flames) and his label Razzia Notes Records. After Black Temple’s It All Ends and the upcoming album from Dead Soul, The Sheltering Sky, the Neon EP by Port Noir will be the next Razzia release being licensed to Century Media Records for all territories outside of Nordic and North America.

It's been two years since Port Noir released their debut album, Puls, and the anticipation has been growing stronger ever since the announcement of a second album, which will be released in early 2016. Eager to release new material, Port Noir decided to write and record four completely new songs to shorten the time until the album release. These four songs with influences spreading from Kraftwerk to Johnny Cash, Cult Of Luna to Muse, Rage Against The Machine to 80s pop shows you what their music truly is about. Three fuzzy pieces of art and a dark electro-disco sensation together create the EP named Neon.

The Neon EP will be released on October 16th, and will be available as digital download. A video trailer for the EP can be seen below: