Producer BOB EZRIN Talks 40th Anniversary Of KISS' Destroyer Album - "Many People Have Asked Me Who The Studio Guys Were That I Used; They Were PETER CRISS, ACE FREHLEY, GENE SIMMONS And PAUL STANLEY" 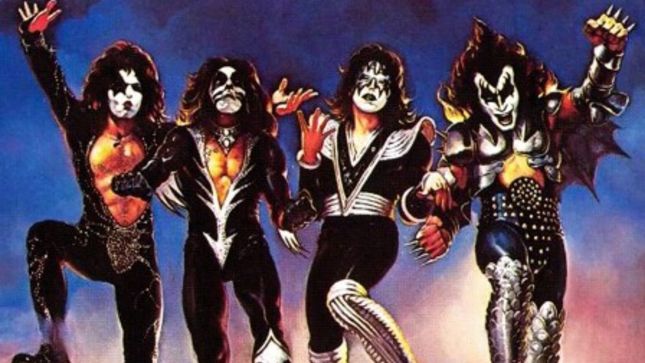 Simmons: "Destroyer was ultimately a major leap forward for us because of Bob Ezrin. We were basically a garage band. We were just knuckleheads, guys who turn it up to 11 just because we can. We didn't know anything. We could barely tune our guitars. Before Destroyer, we just did what we did: We played, we wrote songs up to the level of our musicianship, and that was about it."

Stanley: "Preproduction consisted of us sitting in a circle, and Bob would say, 'Who's got an interesting piece of music?' And someone would play something, and he'd say, 'No,' and someone else would play something. Ultimately, he would say, 'I like that, who's got a piece to go with that?' Some of the songs were pieced together like that. Other times, someone might come in with a song, and Bob would fine-tune it.

Ezrin: "Many people have asked me who the studio guys were that I used on Destroyer, and I have to say to them, they were Peter Criss, Ace Frehley, Gene Simmons and Paul Stanley. They played that well on that record. The key to this record was we really rehearsed a lot, and we really knew the material. So by the time they got to the studio, it was just about getting a great performance."