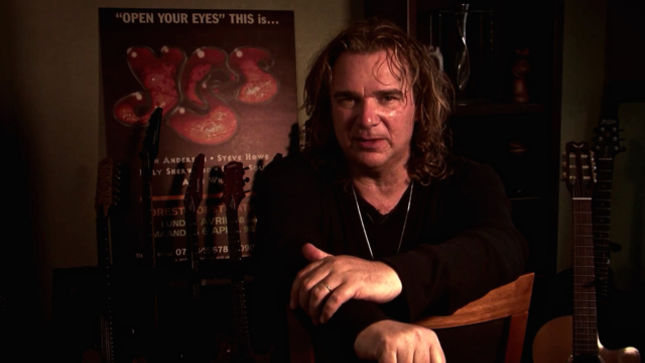 The three new tracks (“Directions In D Minor (Make Sure That You Learn)”, “See This Through”, “Rain To Sun”) were started at Middlesong Studios in Hamburg NY, followed by mixing and production by Billy Sherwood at his studio in California. Billy, who plays bass, drums, keyboards, guitar on the tracks, is a renowned producer, musician and performer, and is currently the bass player for the progressive rock band YES. Billy has worked as producer and engineer for countless artists in the rock and progressive rock genres. His musicianship and talent is respected world-wide.

“It was great fun working on the music with the guys, I'm very proud to have been a part of it all and very much looking forward to having it now get out there for everyone to hear and enjoy.”- Billy Sherwood

Says Phil and Joe, “We both love to write music. We were surprised and very pleased by the way the songs evolved. Never having worked together previously as songwriters, we soon found that the music seemed to write itself, and took off into directions all their own (which led us to the title for the EP). Nothing was off the table. We allowed all of our influences to enter into the songwriting process. Billy Sherwood was then able to polish and bring the songs to life while preserving our original tunes.”

For all three songs in the EP, Joe and Phil wanted to write songs with a solid musical structure, but take some chances along the way. Most of their songwriting begins with a nylon and steel string guitar, developing a musical theme, and taking shape from there (the “Middlesong Method”).

“In particular, with 'Directions in D Minor (Make Sure That You Learn)', we explored the key of D minor, while providing the listeners with different styles within the same song – a classic prog offering. Each section of the song represents a stage of one’s life; chasing the musical dream; wrestling with the muse.

“With “See This Through”, our intent was to write a song that everybody could relate to, tapping their foot along the way. A fun part of the song for us was setting the scene for an old Western saloon in the bridge and lead section – providing a change from the main structure of the song, and a bit of an unexpected adventure. The theme of the song itself is one of perseverance, and speaks to both the whole of humanity, as well as to the individual.”

“Rain To Sun” is a great example of the “Middlesong Method”. The song came together quickly, with an instrumental lead melody written by Joe, and an initial arrangement of strings and choir voices written by Phil. In this song (as well as in “Direction In D Minor”), they left plenty of room for producer and performer Billy Sherwood. “In “Rain To Sun”, we were thrilled by his meandering bass line that complimented the dual guitar tracks. Billy precisely interpreted and felt the pulse of all of our songs with his bass and percussion.”

Joe Schneider and Phil Tomczak formed Middlesong in 2015. It didn't take long to realize the synergy and soul of their collaborative songwriting! Joe is a veteran of the performance stage. Augmented by his guitar playing, Joe's vocals soar with clarity, smoothness of texture, and deep feeling. Joe finds inspiration from singer-songwriters such as Lennon-McCartney, Tom Petty and Billy Joel. He has great, natural instincts for melody and harmony, and a gift for writing lyrics that touch our souls in just the right place. Phil's love for music stems from the piano, influenced by the likes of Rick Wakeman and Keith Emerson. His versatility extends to the guitar, which plays a significant role in Middlesong's songwriting and distinctive sound. Phil's musicianship evokes imagery and will carry you along on the clear road ahead, or sweep you off into a surprising new direction.

As well as Billy Sherwood, Middlesong has worked with renowned mastering engineer Maor Appelbaum. The duo are currently in the studio writing and arranging the remaining tracks to fill out the complete, debut album to be released sometime in 2017.

In closing Phil and Joe have this to impart, “We appreciate your listening and at the purest level, we hope you enjoy our music!”

Purchase at this location.