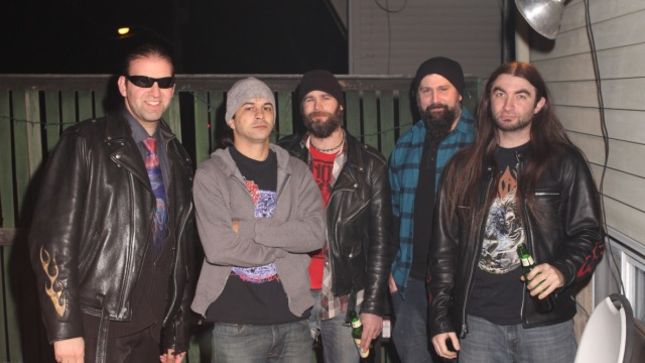 Ravage, the power thrash heavy metal band from Boston MA USA which formed in the mid 90’s, has announced the departure of long-time drummer Derek Jay and the recruitment of new drummer Toni Belchior. Derek leaves to concentrate full-time on his work with the speed metal band, Seax. Toni most recently released material as the one-man black metal project, Belchior.

Singer Al Ravage commented: “After over five years together, we sadly just played our last show with Derek behind the kit. He did a great job for us recording songs on our Return Of The Spectral Rider album and our recent The Derelict City EP and we played more shows with him than we have with any other drummer including multiple festivals in the USA and a full European Tour last year. We wish him all the success in the world as he continues on with Seax and their new album release. We had known this was coming for a while and I honestly didn’t know if we would be able to continue on as a live band after Derek’s departure, but we happened to get in contact with Toni and after a few practice sessions he has really fit in well. Toni has brought a huge level of excitement and enthusiasm back to the band. We can’t wait to get to work on our new slate of recordings.”

Ravage is currently at work on a double album of original recordings as well as an album of covers with details and release yet to be announced. The band’s next upcoming show will be as support to Canadian metal legends Anvil at their upcoming New Hampshire appearance on April 27th.

The Derelict City EP was released on June 29th, 2018 via the band's own SWWR Recordings record label and distributed by CD Baby. It is only available on digipak CD format and limited to a run of just 300 copies.