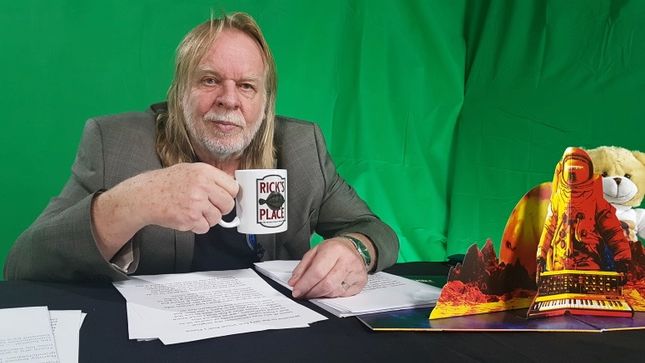 In 2005 in a studio far, far away, (Norfolk), an elderly musician would broadcast and stream “Rick’s Plaice” to the world on Saturday Morning. Nobody really knew who he was, but a select few believed him to be the alter ego “Hands Solo”, named after his exploits on the mini Moog.

Fraught with danger, he was constantly under attack from the owners of the planet known as “ROCK” for flying too close to the surface of decency and in 2010 was eventually banished to the galaxy known as “Grumpy” where, for the last 10 years, he has secretly plotted a return to the airwaves and now the time has come…

“I can’t wait for the first series of the new ‘Rick’s Plaice’ to be shown as it will be a nice guideline for me for the second series as to how much weight I need to lose. And if you have as much fun watching the shows with all of the live music performances, guided tours around my equipment, facts about musicians I have worked with and even a quiz, then you will have enjoyed them as much as I enjoyed making them... which I have to say was most enjoyable. We’re already planning for the filming of the New Year's Special and also getting ready for a second series, and I really hope that once the unsocial distancing rules are relaxed, that for the recording and filming we can have live audiences in with us without them having to wear masks and stinking of hand sanitizer. Enjoy... we did.” - Rick Wakeman

“Rick’s Plaice” premieres on Saturday, November 7 and then broadcast every Saturday for the following five weeks. Watch the promotional video below.