RITCHIE BLACKMORE Talks Recent RAINBOW Shows - "Some Of The Fans Said 'Why Did You Do Those DEEP PURPLE Songs?'" 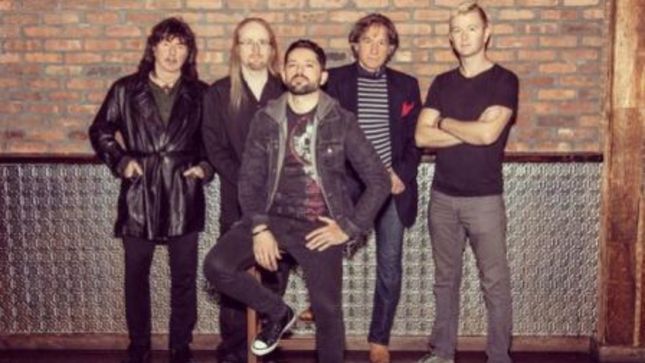 On putting together the setlist: "We had about fifteen songs that were very obvious songs to play, like 'Catch The Rainbow'. And we incorporated a few Deep Purple songs - 'Black Night', 'Smoke On The Water', 'Highway Star' - of which some of the fans said, 'Why did you do those Deep Purple songs?' And I would say, 'Why not?' And they said, 'Well, we thought it was just gonna be Rainbow. We would prefer to hear Rainbow songs....' which I thought was kind of ironic again. And I noticed when they clapped, they weren't clapping so hard for Deep Purple. They said, 'We hear that every year,' because Purple goes around. So the next time, if we go out and we do anything, I would do probably ninety-five percent Rainbow songs; that's what they seem to want to hear. And it didn't occur to me. I just naturally assumed they wanted to hear everything."

Go to this location to listen to the interview.

Rainbow recently performed the last show of their current tour featuring Lords Of Black singer Ronnie Romero on lead vocals. He recently spoke with AntiHero Magazine about being part of the Rainbow legacy.

Q: Did you feel any pressure doing the shows, particularly the one in the UK?

Romero: "No, not really. I’ve never been nervous with the shows, or before the shows. I know the team and Ritchie, and all the bandmates always made me feel good. They made me feel comfortable with the job. Ritchie, in particular, is a really, really nice guy, and he always made me feel good. He really appreciates my work. They always tell me about that, so I never feel pressure or anything like that. Maybe just some eventualities not foreseen. It’s really never about being nervous or some kind of pressure… no, never."

Q: The feedback generally, not just for the Birmingham show, but all three shows has been amazing. Fans are also going to want to have more tours maybe even a new album. Is that maybe a possibility?

Romero: "I hope so! (laughs) I really hope so. It depends on Ritchie. Maybe just after the gigs and after Birmingham, maybe he said 'Cheers!' but maybe next year he’ll say 'No.' I don’t know. I really hope so. I think about my bandmates, like Jens, Bob and David, they think the same. We will see."

In celebration of Ronnie's widely heralded performances with Ritchie Blackmore and company, Lords Of Black recently released their cover of Rainbow's "Lady Of The Lake".

Lords Of Black's album, II is out now. "Lady Of The Lake" is only available on the CD edition of the album. Listen below:

Lords Of Black recently released a video for the track “Cry No More”, featured on II, which was released on March 18th.

Once again co-produced, mixed and mastered by Roland Grapow (Masterplan, ex-Helloween), II is not only the follow up to their debut album, but is an album with superbly crafted songs that will instantly become absolute metal classics.

Lords Of Black will support Axel Rudi Pell in Europe this September. Dates are listed below.