ROB DUKES Talks Being Fired From EXODUS - "If GARY HOLT Wanted To Call Me, I Probably Wouldn't Take It" 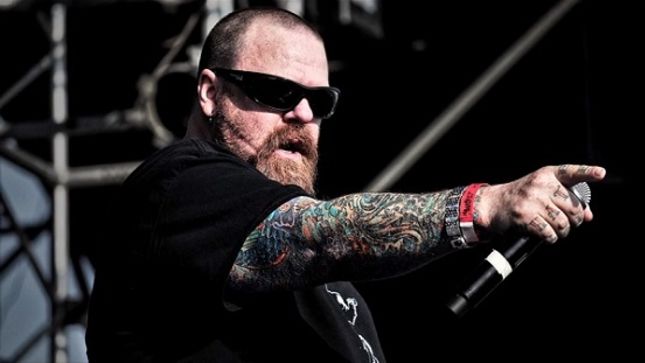 On the latest installment of One On One With Mitch Lafon, host Lafon takes on former Exodus frontman Rob Dukes, They talk in depth about Dukes' current band Generation Kill, working with RUN DMC's Darryl 'DMC' McDaniels and former Guns N' Roses guitarist Ron 'Bumblefoot' Thal, the good and bad of his time with Exodus, Gary Holt, the NY Rangers hockey team and more.

Quotes from the interview:

On Generation Kill's new music: "I think we really gave a fuck about what we were doing. I want to make a CD that I want to put in my car. I want songs that I want to hear."

On being fired from Exodus: "It was the phone call that I got and the things that were said to me. It was all lies. It was all bullshit. It became personal. They didn't have to do it three days after my wedding. It fucked everything up and and now I'm financially insecure. I didn't know what I was going to do. They could have done it wiser, but the truth is - they didn't give a fuck about me."

If guitarist Gary Holt called now: "If Gary wanted to call me, I probably wouldn't take it."

As mentioned, Legendary hip hop icon Darryl ''DMC'' McDaniels has teamed up with Generation Kill to record a full-length album.

Generation Kill, which features former Exodus frontman, Rob Dukes, crossed paths with DMC on the road and gave him the latest Generation Kill CD, We're All Gonna Die, and the rest is history. Darryl contacted the band immediately after listing to the album, and asked if they would collaborate on a song, which very quickly turned into recording a full-length album. When thoughts of a producer were being thrown around, Ron ''Bumblefoot'' Thal, was someone who was in the bands sights, and as of January 2, Ron has been working with the band. A second short video capturing early pre-production, and behind the scenes footage has been released by the band and can be viewed at this location.