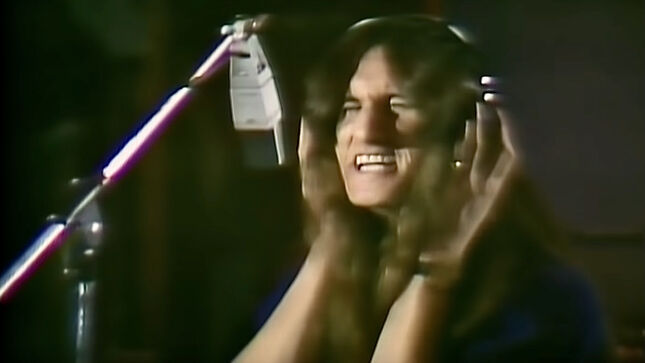 Billboard is reporting that Martin Kahan, a prolific music video director through the ‘80s and ‘90s who worked with a who's who of rock and country, from KISS to Rush, Bon Jovi and Kenny Chesney, passed away last Sunday (July 18) in Lakewood, NJ, following a battle with cancer. He was 74.

Born in New York on April 17, 1947, the budding filmmaker got an early break cutting a string of live promotional videos in Canada for future Hall of Famers Rush (“Tom Sawyer,” “Freewill,” “Limelight”).

Kahan’s career took flight on his return to the Big Apple in 1983.

Almost immediately, Columbia Records came calling with an assignment, for Scandal’s “Love’s Got A Line On You.” It was the first of many major label promos, and Kahan would become one of the record company's go-to directors. Over the following years, he’d shoot videos for Ian Hunter (MTV VMA-nominated “All Of The Good Ones Are Taken”), Clarence Clemons (“A Woman’s Got The Power”), Loverboy (“Queen Of The Broken Hearts”), Michael Bolton (“Fool’s Game”), Eddie Money, Heaven, Fastway and more.

As the music video format entered its golden age, Kahan’s eponymously-titled production company delivering the goods for the booming MTV platform, including clips for Bon Jovi (“In And Out of Love,” “She Don’t Know Me”), Mötley Crüe (“Too Young To Fall In Love”), The Firm with Jimmy Page and Paul Rodgers (“Satisfaction Guaranteed”), Scorpions (“I’m Leaving You”), and others. Also, Kahan directed the first music videos by KISS featuring the members without makeup, “Lick It Up,” and “All Hell’s Breakin’ Loose”.

Read more at Billboard, and watch a selection of Kahan's videos below.