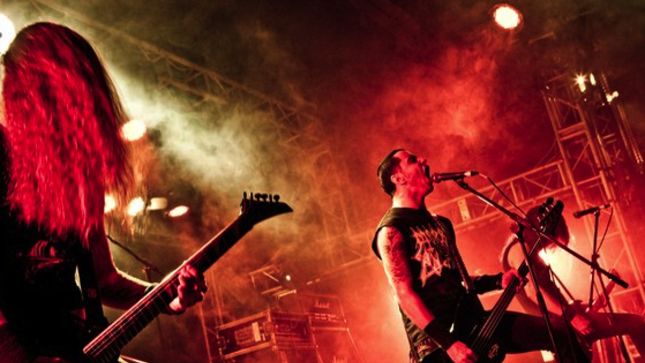 While there are revivalist bands, usually from the same scene, Pyre from Russia is turning the game on its head. Although Russia is traditionally rooted in old school music, Pyre decides to go the Swedish way but not eschewing the crusty riffing the country is known for.

The result is humongous - the appeal is rare and the intent has never been translated better perhaps. This is as good as what Dead Congregation had set out to achieve with that style but this is Swedish-inclined old school music with much depth and balance.

The album is an exercise of well-tempered death metal, that is at once caustic and mesmerizing. The songs are catchy, crusty, even imbued with doomy and melodic bits and include influences of bands such as Asphyx, Dismember, Comecon, Morgoth, even Death and Edge of Sanity.

Human Hecatomb will be released in a special digipack format by Chaos Records on October 6th.

Human Hecatomb is available for pre-order at this location.