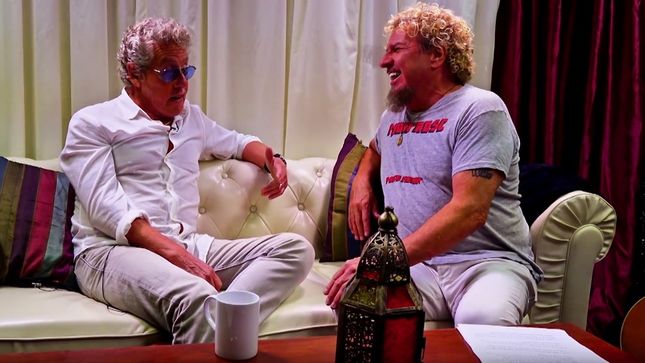 Last Sunday's episode of Sammy Hagar's Rock & Roll Road Trip (AXS TV) featured The Who frontman Roger Daltrey. In this deleted scene, Sammy checks in with Roger on what music he has been listening to.