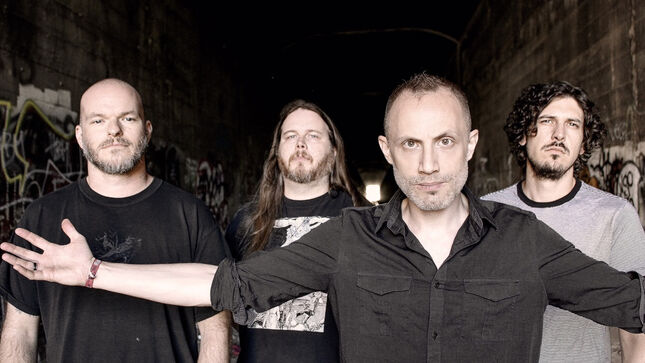 Sculptured have released the second song, “Dead Wall Reveries”, from their forthcoming album, The Liminal Phase, scheduled for release August 27 via BMG.

Guitarist and founding member Don Anderson offers, "'Dead Wall Reveries' is about those artificial separations that allow us to believe we are different than others - that there exists an 'us' and 'them.' Walls represent the material structuring of the illusion of nations, borders, and 'others.' The song and video are also interested in how walls make us behave. How walls create roles for people to play (guards, refugees, citizens, asylum seekers). And how walls trouble our identities. The experience of the border is summed up by Chicana writer Gloria Anzaldúa who writes, 'I have so internalized the borderland conflict that sometimes I feel like one cancels out the other and we are zero, nothing, no one. A veces no soy nada ni nadie. Pero hasta cuando no lo soy, lo soy.' We require a 'them,' to be an 'us.' We require statelessness to give states meaning, immigrants for citizenship to exist. Such distinctions rob us of the understanding that we are all human.”

Get the single here, watch the lyric video below:

Formed in the mid ’90s during Anderson’s teen years, early Sculptured songs took their inspiration from the progressive and melodic nature of Chuck Schuldiner’s ever-evolving ideas, after Anderson heard Death’s 1991 record, Human. By 1996, Anderson was tracking his own compositions. Three recorded songs surfaced on that year’s Fulfillment in Tragedy demo tape, and some of that material also landed on Sculptured’s debut full-length album, The Spear Of The Lily Is Aureoled (1998). After being picked up for a CD and cassette run by Polish record label Mad Lion, The Spear of the Lily is Aureoled found a home in the U.S. with The End Records, the label that would become Sculptured’s long term partner. In the late ‘90s, Anderson began working with John Haughm and Jason Walton in Agalloch, and both Agalloch’s Pale Folklore and Sculptured’s sophomore record, Apollo Ends, benefitted from the trio’s collaboration. Apollo Ends also saw the return of Spear vocalist Brian Yager and trumpet player Burke Harris.

After these two albums, Sculptured had voice and purpose, but Agalloch’s more meditative style began to receive more attention from the metal community and Anderson gave less of his attention to Sculptured. It would be years before Anderson was ready to record his next fleshed out statement, the atonal and rather darker Embodiment. The record retained Walton on bass, and the band was now joined by vocalist Tom Walling, Estradasphere drummer Dave Murray and Winds/Age of Silence keyboardist Andy Winter. Their performances lend Embodiment a brand new air, both gutsier and stranger than earlier Sculptured records.

Since 2008, Sculptured has been largely silent, skulking in the deep shadows of Anderson’s other work in Agalloch and Khôrada. Now, more than a decade later, Sculptured returns in force with The Liminal Phase, which truly feels like a culmination of the experience that the current band have developed in their many years as working musicians. The songs’ complexity has become stealthier, with rhythmic and tonal elements blending into subtle gradations of color and concept. “The new one is incredibly melodic and accessible,” Anderson says. “It actually sounds like a record that might sit between [Spear and Apollo].” Anderson, along with bassist Jason Walton (Agalloch, Snares of Sixes) and keyboardist Andy Winter (Winds, Age of Silence) are joined by drummer Martti Hill (Barrowlands) and guitarist/vocalist Marius Sjøli (Fauna Timbre) to create music that fits neatly into the Sculptured tradition while somehow feeling more naturally cohesive, more comfortable in its own idiosyncratic skin.

Fast forward to 2021 and The Liminal Phase acts as a bold continuation of Anderson’s vision for Sculptured, as well as a reintroduction to the wonders the band has to offer to fans both old and new. 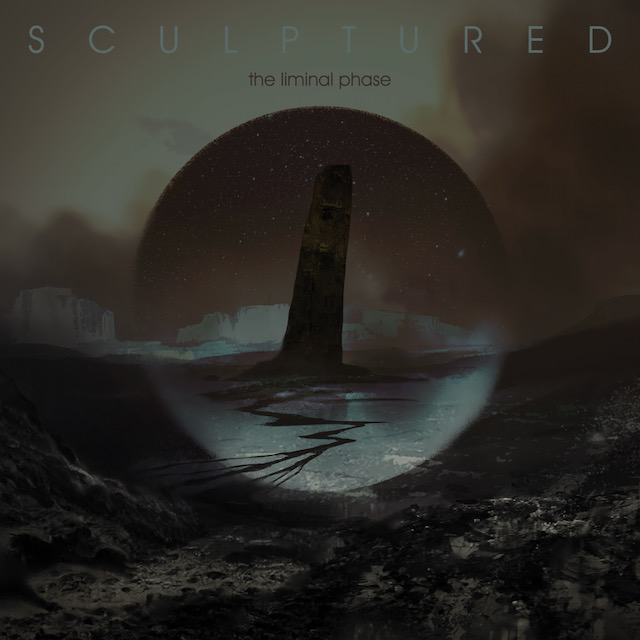 "The Ordeal Of Undecidability" lyric video: