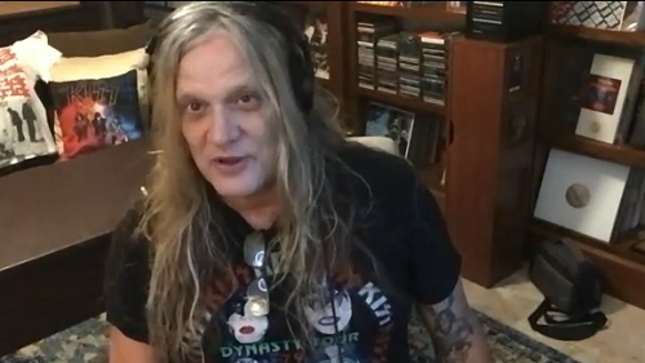 In the video below, the pair have a conversation about coping with 2020, Cameo, why it's the wrong time to release new music, Sebastian's beer journey, what strains his voice the most, never using backing tracks live, being an actor, choosing the right roles, a Sebastian Bach biopic, and his hangover cure.

In the following transcribed excerpt, Sebastian talks about the effect COVID-19 is having on his next album.

"I'm working on a record, but nobody wants to put a record out in this time. It's like throwing it into a fucking black hole. People are not thinking about that really. Everybody wants this to end, so we can all get back to our normal lives. I think that's when a record should come out. It's like when 9/11 happened. The Twin Towers came down. The week or two following that, rock 'n roll seemed like - who cares about rock 'n roll? There were things that were way fucking heavier to think about at that time."