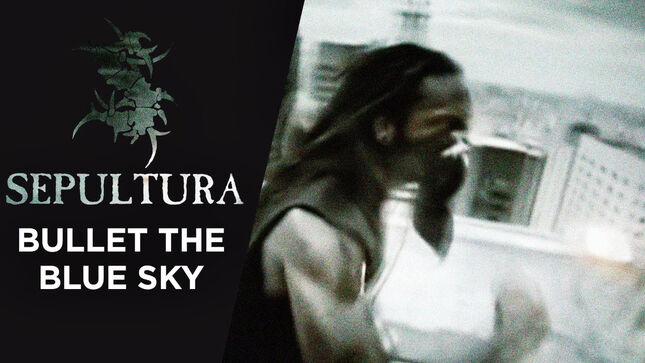 Sepultura have released a new HD version of their "Bullet The Blue Sky" video. Watch below.

Says the band: "To celebrate Revolusongs being available on digital globally for the first time, we have a new HD version of the video of 'Bullet The Blue Sky'. Check out the difference!"

Sepultura recently announced the postponement of the European leg of their Quadra tour.

Says the band: "Even though the world is slowly opening up and shows are starting to take place, there is still too much uncertainty with the ever-changing rules between the different European countries. As a result of this, We are forced to postpone our European QUADRA tour with Sacred Reich and Crowbar to 2022. Purchased tickets will remain valid."

Sepultura's North American Quarda Tour 2022 will kick off on March 4 in Sacramento, California and will make stops in Toronto, Cleveland, and New York before concluding on April 8 in Berkeley, CA. The band will be joined by Sacred Reich and Crowbar with openers Art Of Shock.

* New shows and not rescheduled