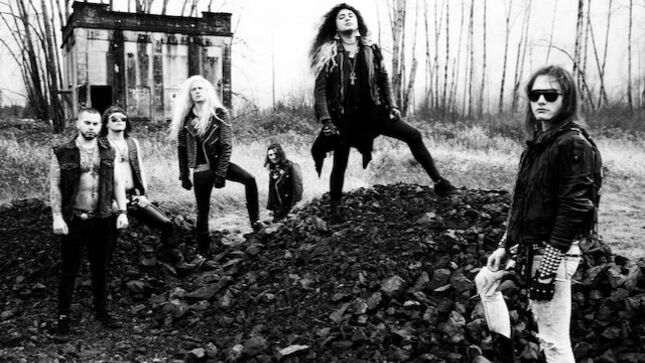 Portland-based dark power metal group, Silver Talon, has unveiled the music video for “Divine Fury”, a standout track from their full-length debut album, Decadence And Decay. The song is the latest showcase of the guitar wizardry of Bryce VanHoosen (ex-Spellcaster) and Wyatt Howell's soaring vocals.

Says VanHoosen, “The silver beast returns! 'Divine Fury' is the most outwardly Gnostic of all the tracks from Decadence and Decay, pitting our spiritual savior against a blind cybernetic god. We filmed the video over two days in an old industrial building in Portland, and directors Austin Livingston & Matthew Patterson went the distance in filming and editing. We hope you enjoy it as much as we do!”

Decadence And Decay is out now. Order digital, CD, cassette and limited-edition haze and smoke vinyl copies of the album here.

Decadence And Decay – the follow-up to the band’s 2018 debut EP, Becoming A Demon – builds upon the thrilling combination of heavy metal hooks and guitar-driven virtuosity displayed by the band on their earlier effort. Highlights include “Resistance 2029” – which features a guest appearance by guitarist Andy La Rocque (King Diamond, Death) – and the blistering leadoff track, “Deceiver, I Am”.

"As The World Burns" video: