SIXX:A.M. Members Join DISTURBED On Stage At Rocklahoma 2016 For U2 And THE WHO Covers; Multi-Cam Video Available 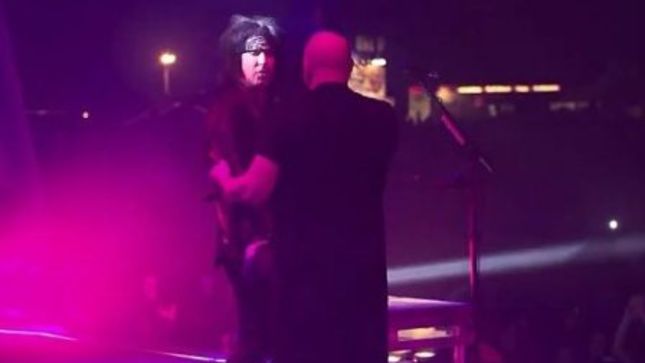 Disturbed performed at Rocklahoma 2016 in Pryor, OK on May 27th. During their set the band was joined by Sixx:A.M. members Nikki Sixx and James Michael for covers of U2's "I Still Haven't Found What I'm Looking For" and The Who's "Baba O'Riley". Check out the video below.

Sixx:A.M.’s first half of their double album, Vol. 1 Prayers For The Damned, released on April 29th, debuted at #2 on the Rock Charts in the US, Top 5 around the globe, and landed itself in the Top 20 on the Billboard 200 Chart. Vol. 1 and it’s masterfully crafted 11-tracks currently sits at #5 on the Top Current Albums Chart, at #19 on the Top 200 Albums Chart, and #2 on the Hard Rock Charts, making it an undeniable force to be reckoned with.

Their powerhouse, call-to-action single, “Rise”, has been steadily climbing the Rock Charts, currently sitting at #5, connecting with audiences across the globe, imploring fans to stand up against the status quo and raise your fist for what you believe in.

A band with a strong message and convictions, Sixx:A.M. are going above and beyond to connect with the rock community with their single-focused #ReasonToRise campaign and their openly penned letter to YouTube in efforts to ensure musicians are compensated fairly for their creative content. Their commitment to their fans can be clearly reflected by all of their upcoming tour dates, boasting stops across the globe, making sure everyone has the chance to feel the energy and excitement emanating from Sixx:A.M.. The tickets for the recently announced fall arena tour with Five Finger Death Punch and Shinedown are now on sale. A full list tour dates can be found below.

Vocalist James Michael offered, "It is thrilling for us to see how Sixx:A.M.'s message of hope, unity and empowerment is resonating on a global scale. Vol. 1 Prayers For The Damned is clearly impacting people in ways that we couldn't have imagined. It's gratifying to have something that is so important to us become so important others."

“Rise”, their call-to-action anthem, served as the first taste of Vol. 1, and fans immediately attached to it’s beautiful crooned melodies and hard-hitting chorus. Taking it one step further, the band drilled in the mission of the single with their #ReasonToRise campaign, offering fans an outlet to share the reasons why they don’t let the status quo define them - more information can be found here. The band initiated the movement with fans by sharing their own reasons to rise, with Dj Ashba standing up against bullying, James Michael calling for human trafficking awareness, and Nikki Sixx’s crusade against the growing heroin epidemic. In providing fans with a platform to express their concerns with the state of the world today, the band hopes to communicate how truly important it is to Sixx:A.M. to usher this generation into a forward-thinking state of mind, ready to take on the injustices before them.

Sixx:A.M., comprised of three unparalleled and accomplished musicians, recently penned an open letter to YouTube in regards to the unfair compensation of artists for their creative content, a loophole protected by the Safe Harbor Act. Head here to read the band’s letter in full. In efforts to secure and protect the integrity of music streaming platforms Google and YouTube, the band is simply asking the search engines to agree to abide by their initial slogan: Don’t Be Evil: Do The Right Thing. Recording artists including Blondie and Nelly Furtado followed suit and are continuing to join the movement, spreading awareness with their own messages in hopes for a serious change.

An album made for the stage, fans across the globe can expect to see Sixx:A.M. perform favourites old and new at a venue nearest them across the globe through this year into next. The trio are currently on the road, commanding the crowds at at all of the major global spring and summer festivals, with select headlining dates interspersed, and then, the highly-anticipated fall arena tour with Five Finger Death Punch and Shinedown. Be sure to catch the band perform live at a venue nearest you! 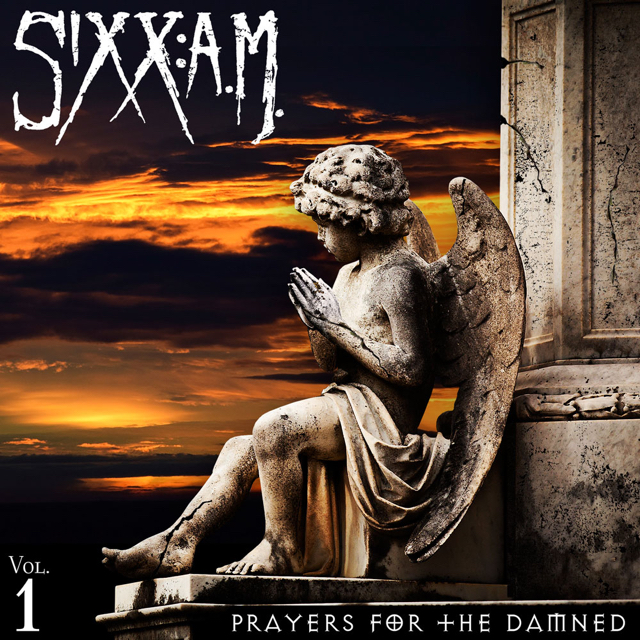 Prayers For The Damned tracklisting: