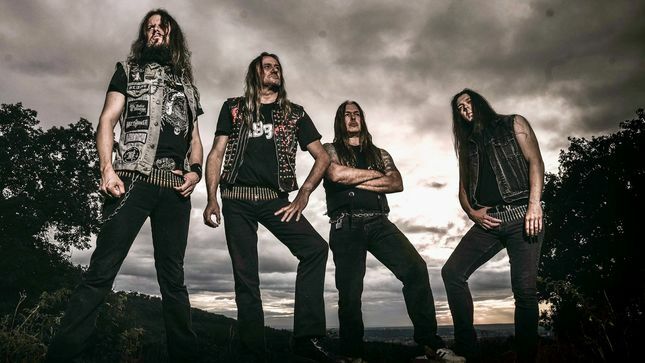 Sodom released their new studio album, Genesis XIX, on November 27 via Entertainment One (eOne) in North America and Steamhammer/SPV in Europe. SPV's Olly Hahn has posted the following mesage:

"Wow.... the new Sodom album Genesis XIX has entered #10 on the official German album chart! With the competition at the moment, this is the absolute hammer! Many thanks to all involved."

Sodom have released an official video for new song, "Friendly Fire". Watch below:

Genesis XIX was recorded by Siggi Bemm and mastered by Patrick W. Engel and comes shrouded in the cover illustration of Joe Petagno of Motörhead fame. Find the tracklisting and cover art below.

The album will be released as a CD digipak, exclusive 2xLP (on translucent orange with opaque silver swirls - an eOne store exclusive), and digitally. For pre-orders, head here.