SOILWORK Release "The Nothingness And The Devil" Drum Playthrough Video 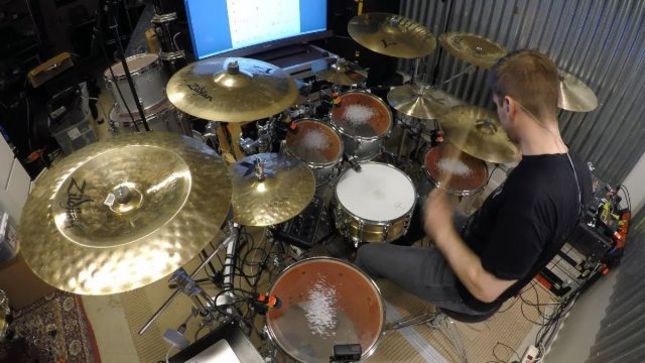 Recently, Swedish visionary metallers Soilwork released a brand new song called "The Nothingness And The Devil". It foreshadows the band's upcoming A Whisp Of The Atlantic EP that will be released on December, 4th via Nuclear Blast.

Drummer Bastian Thusgaard recently signed with Search Drumheads and today he presents a new drum playthrough video in which he demonstrates their products. You can watch Bastian’s take on "The Nothingness And The Devil" below.

Bastian on the video: "I’m stoked to announce that I’ve officially signed with Search Drumheads, a new brand based in Denmark. Having been a customer in the brand owners drum shop for many years, I also love the fact that I can work with a domestic brand and support local business. In this play-through of the latest Soilwork single ‘The Nothingness And The Devil’ I’m testing Search D57’s, S3’s, S10’s and S10D5’s which makes the playing experience even better. Fans do really have something to look forward to when Soilwork’s EP, A Whisp Of The Atlantic, drops in a few days. We have challenged ourselves beyond anything with this release and something truly epic is coming your way."

On December 4th, Soilwork will release the new EP, A Whisp Of The Atlantic, via Nuclear Blast. You can preorder the EP in various formats here. To give an idea of the overwhelming energy driving Soilwork into the creation of their masterpiece, the band recently released the first single, "The Nothingness And The Devil". Check out the video below.

Guitarist David Andersson states: "Between 'The Nothingness And The Devil' is a song about how the old concept of a patriarchal God doesn’t work anymore, and how everyone with any logic reasoning must accept that we have to create our own deities, if we need them. Or if we don’t, we’ll have to accept the fact that our lives are essentially meaningless unless we are able to find our meaning and make ourselves feel fulfilled. The video also hints at the emasculation of a male god, and how gender shouldn’t be a factor in any form of religious discourse anymore. Perhaps this is the time to question your beliefs and accept that no God will correct the mess that we all have put ourselves into."

Soilwork's musical and their philosophical approach on the new EP does not only close the circle of the The Feverish Trinity, but also invites the listener to dive deep into the most primal element: Water.

Starting with "Feverish" and ending with "A Whisp Of The Atlantic", the whole EP is a journey from the rage of individuals to the search for something that replaces religion.

Andersson: “From the desire of 'Feverish', the urge of 'Desperado', the determinism of 'Death Diviner', the insights and questions of 'The Nothingness And The Devil' and the acceptance and spiritual searching of A Whisp of the Atlantic. The whole song and video sequence is like a slightly different take on Maslow’s Hierarchy of Needs. It’s all about realising that we’re all stuck on this rock and that we need to find something more inclusive than religion to get through this together. Because in the end, we’re all outsiders, genetically hunter-gatherers trying to fit in in a world that we created but at the same time wasn’t really made for us. The overarching theme is liberation from the extremely low level of the social and cultural debate these days, and it starts with the fundamentals and ends with the phenomenological. From liberation into ascension.” 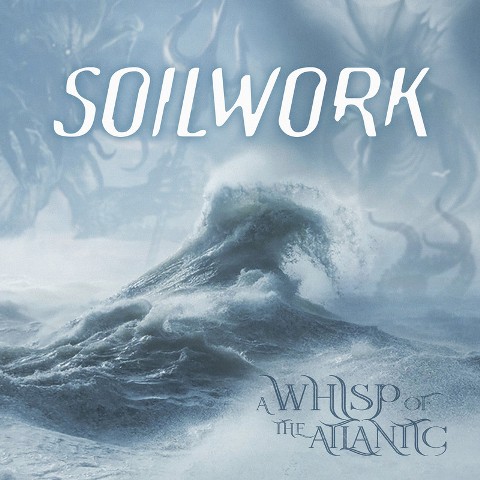 The tracklist reads as follows: