SORCERER To Release Lamenting Of The Innocent Album In May; "The Hammer Of Witches" Music Video Streaming 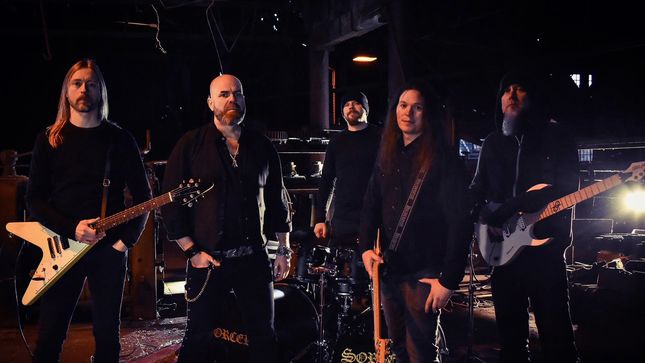 On May 29, Sorcerer will release their third full-length, Lamenting Of The Innocent, via Metal Blade Records. For a preview of the album, a video for the first single, "The Hammer Of Witches" (directed by Daniel Wahlström - Heavy Groove Media), can be seen below.

* exclusive bundles with shirts and merch items, plus digital options are also available 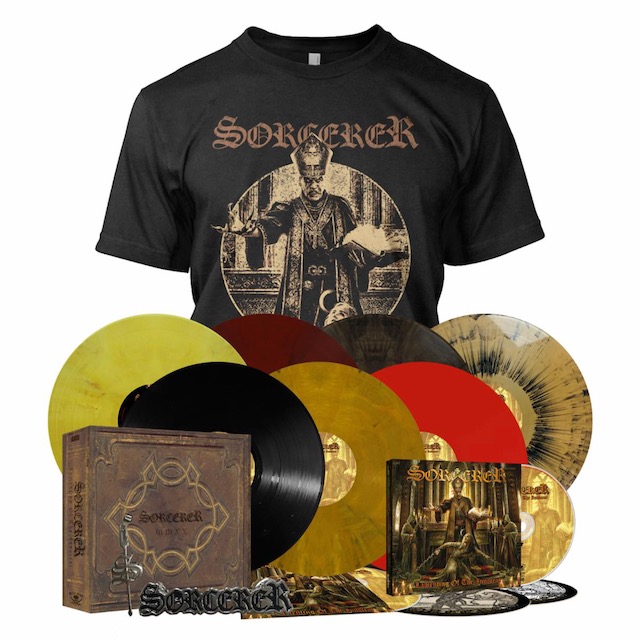 Since they first started, Sorcerer have been labeled "epic doom" - a tag that fits but does not define them, and this has never been more evident than on their third full-length, Lamenting Of The Innocent. On this record, the Swedish quintet return with a revamped lineup that includes longstanding guitarists Kristian Niemann and Peter Hallgren plus vocalist Anders Engberg, joined by bassist Justin Biggs and former drummer Richard Evensand - both of whom bring something new and fresh to Sorcerer. This time around, the band let their influences shine through, breaking up the epic doom with flavors of prog, post-metal, classic heavy metal and hard rock. The track "Deliverance" also features a guest appearance: Johan Langquist of Candlemass and renowned Swedish cellist Svante Henryson.

Sorcerer comments: "They truly brought another dimension to that song and now it's impossible to imagine it without their contributions, which is the way it should be when you bring guests in to perform; they are there to provide something you couldn't do on your own."

Producing the album themselves, the band are self-confessed hardcore perfectionists who will accept nothing but the absolute best in every aspect of the recording process. The only collaborators involved in the making of Lamenting Of The Innocent were Ronnie Björnström, who both mixed and mastered the album, and Conny Welén who contributed to the songwriting.

Sorcerer adds: "We play music that relates to when we grew up, with bands like Rainbow, Black Sabbath, Iron Maiden and such. They are all influences and we like to build that dramatic touch into our music. It's important for us to create a feeling in the song that will take you, maybe, to another world or a fantasy place somewhere, and the bands we grew up with are the masters of this. By the same token we are also influenced by more contemporary acts and their approach to arrangements and orchestration. Inspiration can come from anywhere, but we all know when we've captured that 'Sorcerer sound'. It feels like home." 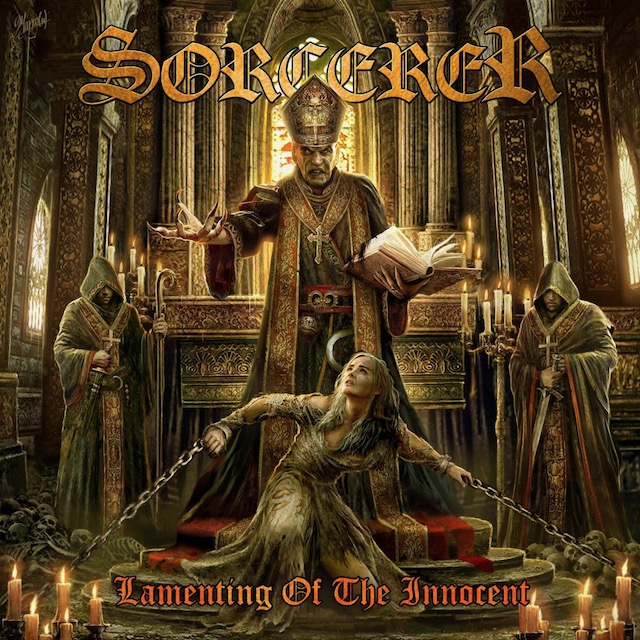 Lamenting Of The Innocent tracklisting:

"The Hammer Of Witches" video:

In support of Lamenting Of The Innocent, Sorcerer will head out on the road this May/June for some special shows and festival appearances across Europe.

The band comments: "We are really looking forward to playing both the new songs and the old ones at the upcoming shows! See you out there!"