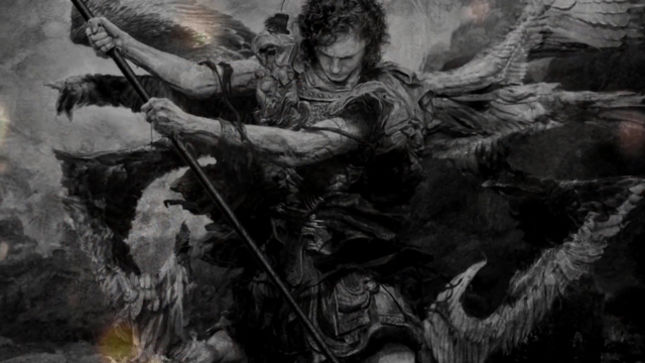 “I wrote this track about the wrath God which struck down Sodom for their sinful behavior,” commented legendary frontman Max Cavalera. “I used quotes from the Old Testament in some of the lyrics. It was also really exciting to work with Todd from Nails on this track since I’m a big fan!”

”I am so proud to be releasing Soulfly’s tenth album,” comments founder/vocalist/guitarist Max Cavalera. “I feel it is my most mystic album since Prophecy. The guest collaborations have always been a trademark of Soulfly and Archangel is no different! We can’t wait to play this live for the worldwide tribe!”

In regards to the band and the album cover, artist Eliran Kantor states: "I've been a fan of Max's music ever since discovering Beneath The Remains in high school. When my wife and I got married 'Territory' was even played at the dance party part of our wedding. Max asked me to do a traditional piece depicting Archangel Michael - and I tried to go beyond the straight-up neo-classical style as that has been perfected centuries ago, so I mixed in Soulfly's own visual world: hence the wings and spear being shaped like the Soulfly tribal icon, the cliff with the ocean view just like on the first record, and the Brazilian flag being the core of it's color scheme."

Archangel was produced and mixed by Matt Hyde (Slayer, Behemoth). Check out the tracklisting for all formats and list of guest performers on the album below. Pre-order Archangel in a bundle or by itself in multiple formats and from this location 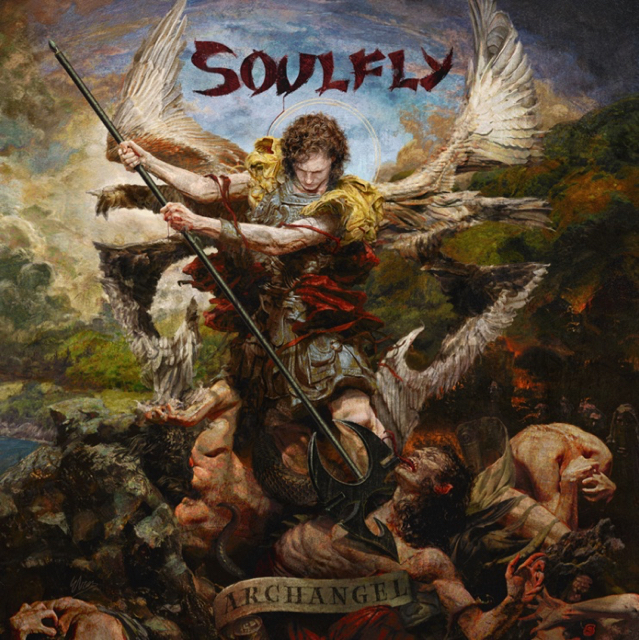 Soulfly have announced a UK tour to precede the release of Archangel. Max Cavalera comments, "I'm thrilled about the upcoming Soulfly tour! For the first time in the UK, I will be playing with both of my sons, Zyon and Igor (of Lody Kong)! You probably will never see this lineup again! I am also excited to play something from my new release, Archangel! I'm looking forward to seeing the Tribe there!"

Tickets are on sale now from box offices, all usual agents and online via seetickets.com or ticketline.com. 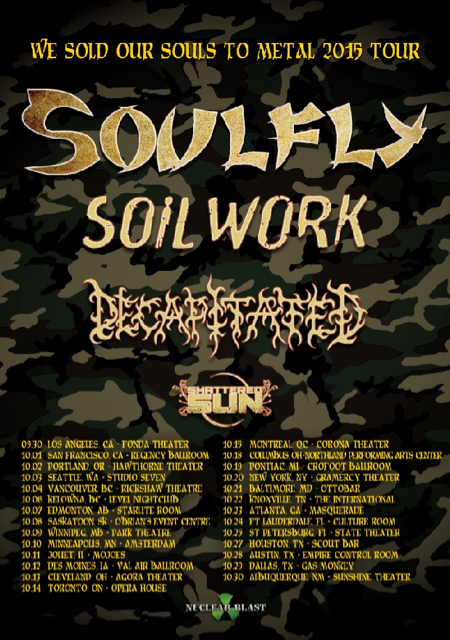