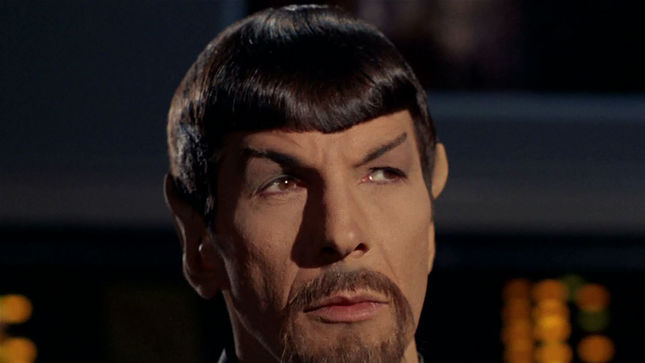 Los Angeles, CA progressive rock band Spock’s Beard have posted a tribute to Leonard Nimoy, who passed away yesterday (February 27th) at the age of 83. Nimoy was best known for his role as Spock in the original Star Trek series. Drummer Jimmy Keegan posted the following:

“Hey Kids, it's Jimmy. As I understand it, there was a kind of joke within the band about having a band named after Spock in the episode of Star Trek Mirror Mirror where the character has a beard and an entirely different persona. Other names were thrown around but there was something endearing about ‘Spock's Beard’ and so it was kept and so it is.

“The name brings weight. Obviously Spock was a special character and with prog being a very intellectual music style, a good fit it was and still is. Today it was announced that the wonderful actor who portrayed him had passed from complications related to COPD (Chronic Obstructive Pulmonary Disease).

“My father died from the same thing. Coincidently, my father was a huge Star Trek fan. On top of all that my dad was a physicist/engineer. Of course, Spock was his favorite character. We got to meet Mr. Nimoy at an event I performed in my youth. He was a delight. Friendly and funny, he enjoyed the kids all around him. He was an absolute artist. Besides acting he had been an avid photographer his whole life. We all know of his adventures in singing.

“I think the Vulcan hand gesture says everything. It was his idea in relation to a blessing given by Kohanim. From a lecture he gave, ‘May the Lord bless and keep you and may the Lord cause his countenance to shine upon you. May the Lord be gracious unto you and grant you peace. The accompanying spoken blessing, 'Live long and prosper.'’

“He lived long and definitely prospered! He was beloved by his friends and admired for being a man of great wisdom, courage and humility. He will be greatly missed by all of us. Although I am personally saddened by his passing there is also a little feeling of joy as I am flushed with memories of sitting next to my dad watching Star Trek and inevitably getting into philosophical discussions about whatever the show brought up.

“On behalf of Al, Neal, Nick, Ryo, Dave, Ted and myself. Thank you to Leonard Nimoy (and a nod to Gene Roddenberry for creating the character) for leading a long and prosperous life and inspiring millions. In some way your spirit will live on in our little band and with all the wonderful people who listen to our music.”