STEVE HARRIS On Lack Of IRON MAIDEN Radio Play - “The People Who Look Down Their Noses At It, They Don’t Understand What It’s All About” 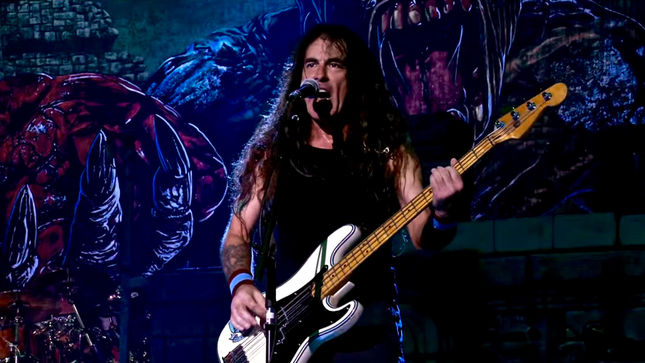 “I think the older you get, the more sacred every gig is, because you know you’re coming toward the end of your career,” Iron Maiden bassist Steve Harris confesses to Andrew Johnson in a new interview for iNews.

Harris continues: “It’s amazing if you get played [on the radio], but we never relied on it, because we never used to get played at all. So maybe you get annoyed with it because you think - not just with us, bands that deserved to get played and don’t - there has been a bit of a closed shop.

Maiden manager Rod Smallwood is a bit more direct: “They don’t play us anywhere really. We don’t give a toss. To be honest, it’s about the number of people who come and see you. In this country, it’s been farcical. Anywhere else in the world, Maiden are a mainstream band. It really annoys me that they don’t get the respect they should generally, because they are a massive benefit to this country. It annoys me a lot more than it annoys the band. I think it is a kind of snobbery. When we went round NASA, they were all Maiden fans. We were invited around Cern because all the scientists are Maiden fans. People who don’t get it maybe don’t have the brains to get it.”

Read the full article at iNews.

Iron Maiden are currently on the UK leg of The Book Of Souls Tour 2017. The trek concludes on their home turf with two sold-out shows at London’s 02 arena on May 27th and 28th. The band then flies to the US for an extensive series of arena and amphitheatre shows including dates in Canada, ending with two nights in Brooklyn, New York on July 21st and 22nd.