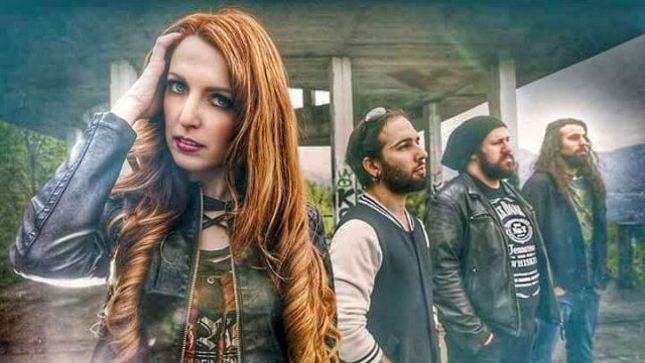 Italian melodic metal band Temperance have announced the decision to move ahead without singer Chiara Tricarico, who is now officially no longer in the band. Chiara sang on Temperance’s 2014 self-titled debut release up until the latest DVD, Maschere: A Night At The Theater, and together they toured the world extensively. Temperance wish her the best of luck for her future endeavours. More news will be announced soon on the band’s official web pages.

Tricarico has issued the following statement:

"Dear all, last Saturday, after a show and after almost four years of live and studio activity together, I was told by the guys from Temperance about their decision to change line up, in which I am officially not included anymore. Of course I am sorry to be no more part of a project I have put so much effort and passion in through the years, but I wish them all the best with the new line up.

Feel your power, limitless. Be yourself, not someone else!"

Temperance released a video for the song "A Thousand Places", taken from their 2016 album, The Earth Embraces Us All. Check it out below.

The Earth Embraces Us All was released on September 16th, 2016. via Scarlet Records. The album artwork has once again been made by Gustavo Sazes (Kamelot, Arch Enemy, Morbid Angel).