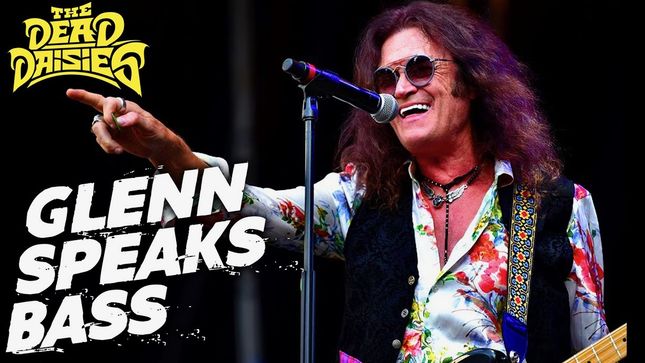 In the new video below, The Dead Daisies' Glenn Hughes performs a bass playthrough of the band's single, "Unspoken":

Glenn Hughes performs a playthrough of "Bustle And Flow":

The Dead Daisies have collaborated with Creative Works (London), a branding and content studio (live concert graphic artists for Guns N’ Roses and Aerosmith, amongst others) to provide the latest visuals for “Bustle And Flow”. Together they are forging new ground creating narrative driven real-time immersive visual and music content, that spans live, social and digital channels. This Animated Music Experience (A.M.E) uses the Unreal Engine game engine that is behind the worldwide online video game phenomenon Fortnite, amongst others.