The Greatest Rock Musicians To Ever Perform 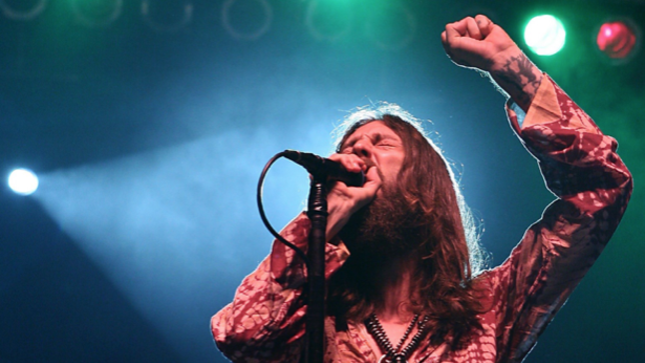 Many will agree that rock music is the best genre on the planet. There is something unique about rock music that sets it apart from the competition. For instance, you’ll find that this genre is very diverse. While some songs are slow and emotional, others are upbeat and inspirational. Whether you want to bang your head or sob in a corner, you’ll want to listen to rock and roll. Over the years, the world has been blessed with an assortment of amazing rock musicians but some have been more memorable than others.

Below, readers will learn more about some of the best rock musicians to ever perform.

It is impossible to ignore Elvis Presley. He is often referred to as the King of Rock and Roll because he helped establish the genre many years ago. In addition to this, Elvis was an amazing talent who surpassed other rock artists. Elvis took his talents to other areas including acting. He was one of the most important cultural icons of the twentieth century. Unfortunately, Elvis Aaron Presley died too young. He was born in January of 1935 and passed away in August of 1977 at the age of 42.

If he had lived longer, there is a good chance Elvis would’ve become an even bigger rock star. Nevertheless, he paved the way for rock musicians who followed him.

While there have been many excellent rock musicians, many will agree that Jimi Hendrix took things to a new level. He is one of the most famous African American rock artists of all time. And, many will agree that he was the best guitarist. Sadly, Jimi’s mainstream music career only lasted four years. Nevertheless, he managed to achieve a lot during that short time. Hendrix was born in Seattle in 1942 and passed away in September of 1970. Unfortunately, his career didn’t last long enough.

Still, Hendrix is one of the best-recognized rock artists in the world. Even today, most people recognize his work and his talent.

Bob Dylan is one of the men who inspired Jimi Hendrix. In fact, Dylan has inspired a lot of musicians. Bob Dylan isn’t a hard rocker but his music is still fantastic. Many will argue that Dylan is the best songwriter of the past 50 years. He created a handful of brilliant songs that were eventually covered by other mainstream artists. Even today, Bob is still stunning crowds everywhere he goes. Bob Dylan is an icon and always stood up for things he believed in.

When you listen to his music, you can guarantee that you’re going to be taught a lesson and you’ll find yourself tapping your toe to the beat.

Born in Detroit, Michigan, Bob Seger is recognized as one of the best rock musicians ever. He started his career by producing acid rock and blues rock songs. He struck it big after assembling the Silver Bullet Band in 1973. Seger has a uniquely raspy voice that you’ll easily recognize. In addition to this, you likely appreciate multiple songs made by Bob. They include Turn the Page, Night Moves, Still the Same, and Against the Wind.

When you aren’t jamming out to Bob Seger and The Silver Bullet Band, you’ll want to enjoy Sweet Bonanza.

Many rock artists died too young and Kurt Cobain fits into this category. By this point, most people have heard of Nirvana and Kurt Cobain. When he wasn’t performing for crowds, Cobain was shocking audiences elsewhere. He was an interesting figure who managed to find success off of the stage as well. However, Cobain was a troubled musician and this was evident by listening to his music. His career would end on April 5, 1994, when he took his life at the age of 27. Sadly, some of the best musicians die too young and Kurt Cobain was one of them.

This British musician has always been hard to ignore. This is definitely the case in his younger career because he was always breaking the rules. Ozzy shot to fame while being a part of Black Sabbath. Today, it is estimated that the rock singer is worth more than $220 million. Thanks to his success in the industry, he has gone on to appear in television shows and movies.