The Guitar Circle With ROBERT FRIPP Scheduled For August 22 - 26 In Glen Cove, NY 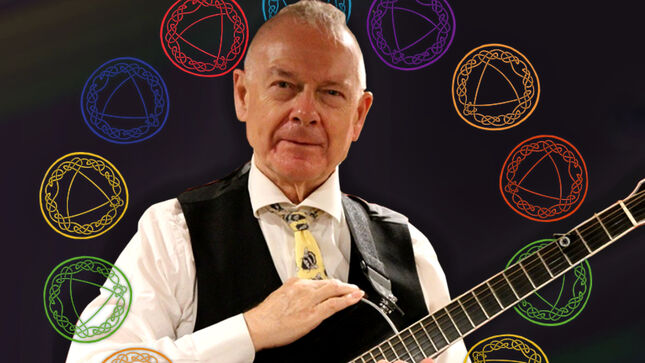 The Guitar Circle With Robert Fripp has been scheduled for August 22-26, at The Mansion at Glen Cove, NY

Each day’s schedule is intense, beginning in the early morning and running through to the night with activities in small and large groups. The exact detailed schedule will be decided at the course itself, responding to the needs of the group.

House of Guitars: everyone welcome to join, with or without guitars (led by RF).

During Robert Fripp’s Introduction to the Guitar Circle, nothing is compulsory but some things are necessary. Robert feels strongly that alcohol and drug use are incompatible with this work and are strongly discouraged. Hey, the anticipated polyrhythms* alone are enough to deter anyone from even thinking about drinking! So, any participant who partakes in drugs or alcohol during the event may be asked to forego participating in our activities. Thank you for your cooperation.

* Polyrhythms: The simultaneous combination of contrasting rhythms in a musical composition. Rhythmic conflicts, or cross-rhythms, may occur within a single metre (e.g., two eighth notes against triplet eighths or worse!) and may even be reinforced by simultaneous combinations of conflicting metres. You will happily experience some of these during Robert’s event!

Says Fripp: "The Guitar Circle welcomes players and audience of all ages and levels of experience, from absolute beginners to professionals. The art of craft is universal. The artful craft of Guitar Craft is also specific. Guitar Craft is a way of developing a relationship with guitar, music, and with ourselves. Guitar and Audience Craft techniques and exercises provide a foundation for taking the performance event to a higher level.

The Guitar Circle is a way of working which strengthens community. We also rock out! If performing music is to enter our world, the role of the audience is as necessary as the role of the musician. So, for the first time in the life of Guitar Craft and the Guitar Circle, we are inviting audience to this Intro, to learn the performance techniques and approaches available to Crafty Guitarists.

Performing music has its own intelligence, but can music change the world? If so, how? How does a musician become present in the place within them where music lives, or visits for a while? How is an audience present within themselves when music visits? How does music come into our lives? What is involved in the process of musical performance?

For those interested in guitar playing, work will be on acoustic guitars in the New Standard Tuning – CGDAEG. Guitar meetings / workshops will be in groups of all sizes, including individual meetings with the Guitar Buddies.

This Introduction to the work of the Guitar Circle will also include classes in Alexander Technique, Orchestral Maneuvers, T’ai Chi, Zen meditation, The Process Of Performance, and Doing Nothing – As Much As You Can! There is nothing solemn about any of this, and I’m intending to have a good time. This is an approach to perform, performing, serious performing and performing seriously. I recommend that everyone come with an aim. You are invited."