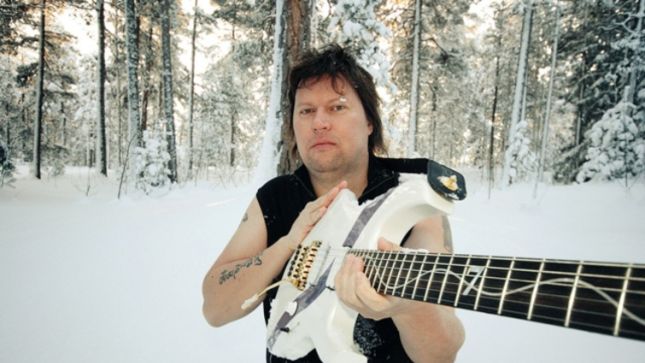 Details are still being sorted out, but former Stratovarius guitarist Timo Tolkki has announced a Latin American tour for later this year featuring performances of classics from the band's catalogue. Dates are available below. 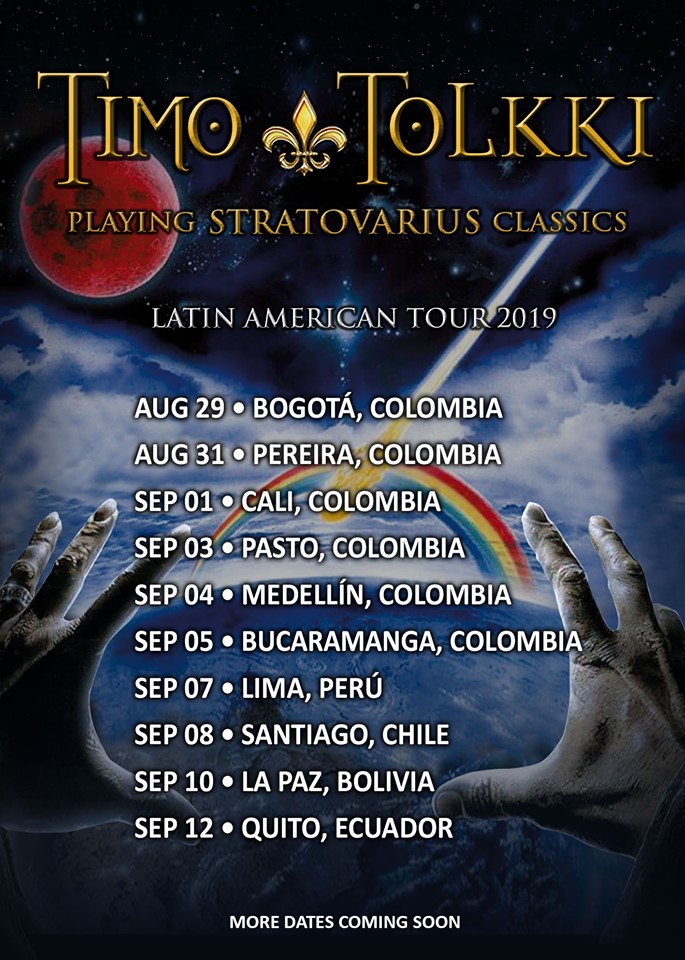 Back in April, Tolkki posted the following comment on Facebook, which is significant in that he did not part with the band on good terms, although his relationship with the Stratovarius members has been mended in recent years.

Tolkki: "My friend Timo Kotipelto is one of the best power metal vocalists of the world. I still remember back in 1995 when I went to meet TK in his home. He opened the door and I thought, 'Okay, he looks great.' Then he played me his demo and after hearing seven notes I knew he was the one."

Tolkki sang on the first three Stratovarius albums: Fright Night (1989), Twilight Time (1992) and Dreamspace (1994). Dreamspace is the album that put Stratovarius on the map, but Tolkki turned vocal duties over to Kotipelto in 1995 for the Fourth Dimension album. They released Episode in 1996 with Kotipelto up front, and it is considered by many to be their breakthrough.

Tolkki left Stratovarius in 2008 following four chaotic years that saw the band caught in a mire of in-fighting, publicity stunts, a self-titled album that was not well received by the fans, and the firing of long-time bassist Jari Kainulainen. Tolkki initially put the band to rest, as he held the rights to the Stratovarius name, but he eventually signed over the rights and all its royalties to Timo Kotipelto, keyboardist Jens Johansson and drummer Jörg Michael. This allowed Stratovarius to continue without Tolkki, and upon securing new guitarist Matias Kupianen the band began working on new material. They have released four albums without Tolkki between 2009 and 2015.