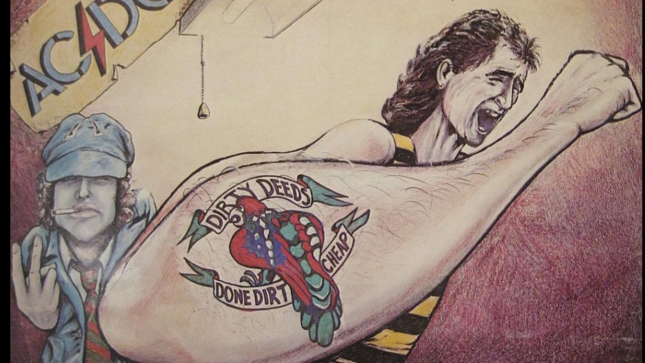 Happy 45th
AC/DC's Dirty Deeds Done Dirt Cheap (Australian edition) - September 20th, 1976
AC/DC’s third highest selling album behind Back In Black and Highway To Hell. On the title track, its narrator invites people experiencing problems to either call him on 36-24-36, an actual phone in Australia in the 1960s (then properly formatted as FM 2346-36 translated to FM on the rotary dial or keypad), or visit him at his home, at which he will perform assorted unsavoury acts to resolve problems.