TRANS-SIBERIAN ORCHESTRA Violinist MARK WOOD Remembers Bandmate DAVID Z. - "He Was Part Of The Team Of Great Musicians That Made TSO So Successful" 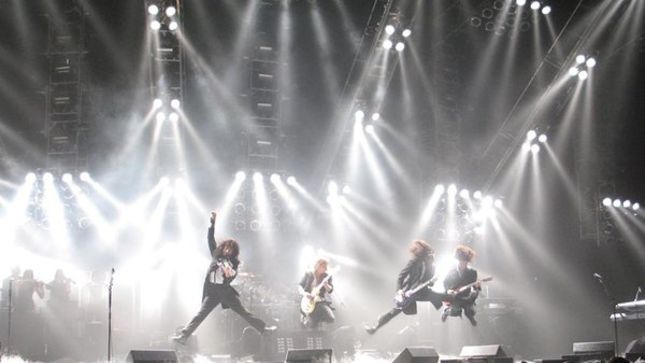 It was confirmed later that Adrenaline Mob / Trans-Siberian Orchestra bassist David Z. was the one fatality. TSO violinist Mark Wood has posted the following tribute:

"This is how I will always remember Dave Z. His feet never seemed to touch the ground. He was such a great upbeat positive person and adored our family as much as we adored his. I'll never forget the first day we met Dave... he joined us on our 2nd or 3rd tour with Trans-Siberian Orchestra... a pimply faced wide-eyed kid filming every moment of his first experience on a tour bus in a big band and he could not wipe the grin off his face. We couldn't help but laugh with him as he literally shouted his excitement from one end of the bus to the other. Those early days in TSO... everyone worked really hard to build the band up to be successful. And Dave, without question, was part of the team of great musicians that made TSO so successful. We shared so many laughs over the years and so many cherished moments: ZO2 performing at our annual Kaye Woodstock parties at our house, to playing at the NAMM Show with us and eating pies at Bakers Square, to Dave being in my band in the very early days of Electrify Your Strings!, to performing his heart out in my Turbow video. I will miss you forever, my brother..."

Adrenaline Mob guitarist Mike Orlando has issued the following statement with regards to the accident that took David Z.'s life:

"I cannot begin to thank you all for all the prayers and thoughts. I'm trying to process and deal with this, physically and mentally... so I'm sorry for being vague. We've literally experienced hell on earth. I'm absolutely broken, both physical and mental. I love you Dave, I will miss you more then words can say. You were one of the sweetest souls I've ever known."

"I don't even know where to begin so I will start by saying thank you for all of the love and support from everyone. We are all devastated and will need some time to physically and mentally cope but the outpouring of love has been nothing short of inspiring. David Z... I love you, I miss you, and send my heartfelt condolences to your family and friends. To the rest of my bandmates and crew, I love you all. Please keep everyone involved in your thoughts and prayers. Thank you everyone. RIP David Z."