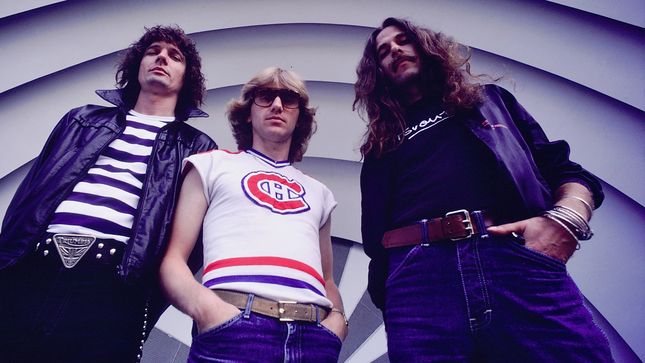 Canadian hard rockers, Triumph, are developing a high-tech concept that would bring their music back to the stage in either 2023 or 2024.

Drummer and vocalist Gil Moore, a founding member of the group, revealed the news during an exclusive interview with Ultimate Classic Rock to discuss Triumph: Rock & Roll Machine. The new documentary from Banger Films premiered at the Toronto International Film Festival on Friday (September 10).

Moore says the idea that he's developing is a "mixed-reality concept," explaining that it is "sort of holography, but not in the traditional sense." The concept, currently being branded as MXR Vision, would allow fans to finally hear classic AOR staples like "Lay It On The Line," "Hold On" and "Magic Power" in concert once more.

Reunion performances at the Sweden Rock Festival and Rocklahoma in 2008 were set to be accompanied by a larger tour, but Triumph's plans fell apart because of the economic meltdown, as bassist Mike Levine earlier confirmed during a UCR chat. Fans have yearned for the trio to play together again ever since.

Moore has enlisted Paul Dexter to hopefully answer that call. Dexter, who collaborated with Triumph in the past on lighting and set design, has built an impressive resume of work with Paul McCartney, Osbourne, Elton John, Motley Crue and many others.

Read more at Ultimate Classic Rock, and watch a trailer for Triumph: Rock & Roll Machine below.