TRIVIUM Frontman MATT HEAFY - "The First Song I Performed In Front Of People Was 'No Leaf Clover' By METALLICA; That's What Secured Me The Spot To Try Out For Trivium" 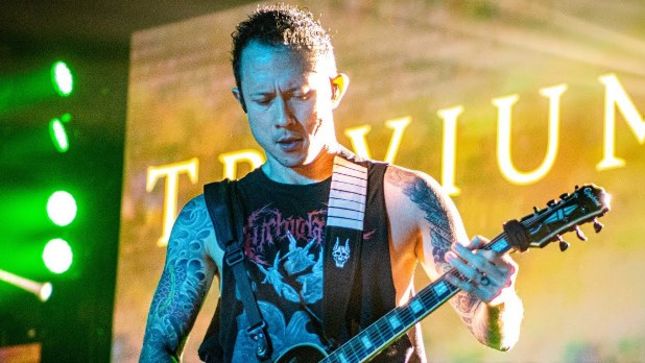 During a conversation with Ultimate Guitar's Justin Beckner, Trivium singer / guitarist Matt Heafy discussed his gear, the beginnings of his guitar-playing, Metallica, and more.

UG: I know that the song you played to try out for your first band was "Dammit" by Blink-182, but was that the first song you tried to learn?

Heafy: "Yeah, that first pop-punk band was the first band I ever tried out for and I played 'Dammit' by Blink-182. I obviously didn't play it well enough because they didn't let me in the band. I was super bummed out.´I was ready to give up on the guitar and give up on trying to be in a band. I had never heard metal at that point. Shortly after, someone lent me the Black Album (1991) by Metallica.

I had never heard metal before in my life and I listened to it and realized that was the kind of music I wanted to learn to play, and I went from there. The first song I performed in front of people once getting into metal was 'No Leaf Clover' by Metallica, and that is what secured me the spot to try out for Trivium.

The original band members of Trivium were all in high school and I was in middle school. They said, 'Hey, you're pretty good. Why don't you try out for our band?' My tryout song was 'For Whom the Bell Tolls'. I walked in there and I was 12, playing in front of a bunch of high-school kids and they're staring at me like, 'What is this little kid gonna do?' I played the song perfectly and became their lead guitar player. Then, a couple of months later, the original lead singer left and I became the singer of Trivium. The first song Trivium performed live was '(Sic)' by Slipknot. Those are some of the firsts."

Over the past 20 years, Grammy-nominated band Trivium - Matt Heafy (vocals, guitar), Corey Beaulieu (guitar), Paolo Gregoletto (bass), and Alex Bent (drums) - have quietly claimed their place at the forefront of heavy music in the 21st century. The Florida-based band announces their ninth full length, What The Dead Men Say, to be released via Roadrunner Records on April 24. The album is available for pre-order here.

The band has shared the video for the title track. Watch below. The video for "What The Dead Men Say" was fully shot and produced in the UK by director Ryan Mackfall during the shutdown. Trivium announced the release of the album and planned to shoot this clip before the COVID-19 situation advanced. The finished product came together quickly over the past two weeks, with the full crew working in masks and gloves, and maintaining as much distance as possible.

About the song itself, Gregoletto says, "We always take seriously which song becomes the title track because it represents the album's musical themes and ambition. 'What The Dead Men Say' started off as two separate demos but emerged from the writing session as one epic tune. This is a riff beast!"

"What The Dead Men Say is everything that is Trivium," explains Heafy. "On this album, one can hear the proper ingredients of past, present, and future Trivium. The Trivium sound is having everything the band does - on one album."

"With the new album, we took what worked on the The Sin And The Sentence and dialled it up to 11," says bassist Gregoletto.

Beaulieu echoes that sentiment, saying, “We wanted to build on the foundation that we established with the last album. The record has all the elements that are Trivium - along with all of us wanting to keep pushing ourselves creatively. This led to a highly-inspired and fast-paced writing and recording process that really captures the energy of the band." 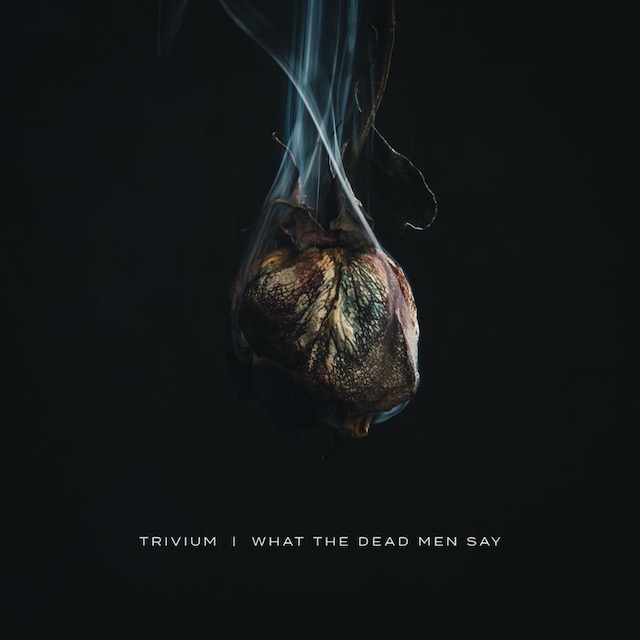