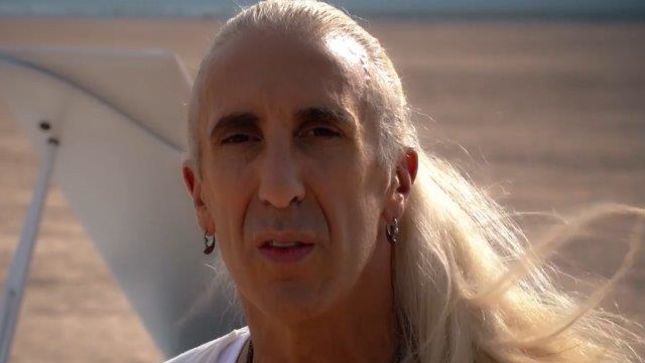 Dee Snider of Twisted Sister is helping famed illusionist Criss Angel generate awareness and funding for his new charity by collaborating on a new video (which can be seen below) for “We’re Not Gonna Take It”, performed in a measurably slower tempo, directed by Angel and set in the desert outside of Las Vegas, reports John Katsilometes of The Las Vegas Review-Journal.

Snider will sing the new variation of his hit song on September 12th, when Angel hosts his first Johnny Chrisstopher Charitable Foundation H.E.L.P. (Heal Every Life Possible) charity event at his Criss Angel Theater at Luxor. The foundation is named for Angel’s 2-year-old son, who is currently in remission from a rare form of leukemia.

“We’ve known each other since the 1990s, and he was a strong proponent of mine for years,” said Angel. “We are both from Long Island, or as we like to think of it, ‘Strong Island,’ and his record publishing company gave me the rights to the song and it is our anthem for gratis. Dee was unbelievably generous with his time and participation.”

Learn more at this location, and click here for further information.