WARRANT Guitarist ERIK TURNER Looks Back On "Auditioning" For MEGADETH - "I Met DAVE MUSTAINE, We Talked, And That Was It; I Never Got Past That" 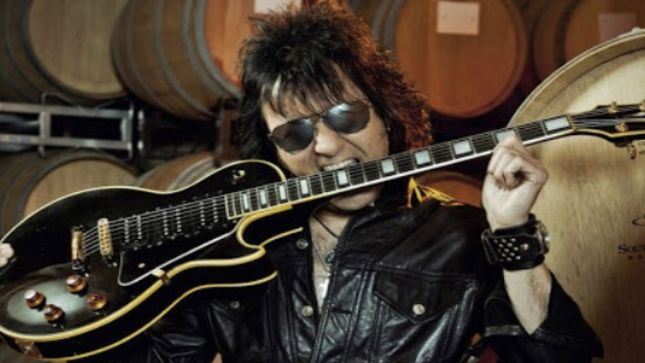 On auditioning for Megadeth

Turner: "When I was 16, there was a paper called The Recycler in Orange County, and there was an ad in there. I had never heard of Metallica at the time, but it says ex-Metallica guitarist forming new band, Megadeth, inquire if you're interested. So I contacted Dave (Mustaine) through the paper, the phone or whatever. And I went down I think it was Huntington Beach, and it was his mom's apartment or something there that he was staying at. I don't know whose, I think it was his mom. I don't know, I could be wrong. But anyways, I met Dave, we talked, and that was it. I never got past that... Audition is to the next level of actually jamming with. But, years laterr we lived in the same apartment building in Sherman Oaks. I would see him at different places and say hi. And I reminded him of that story. And yeah, he's always been super cool to me."

Turner and his son, Noah, recently performed a quarantine acoustic cover of Lady Gaga's "Bad Romance". Check out the video below.

"We Warrant's can’t wait to rock with you again and hope that y’all are doing great," states a message.