WHORES Ink Deal With eOne Music; New Album Due In 2016 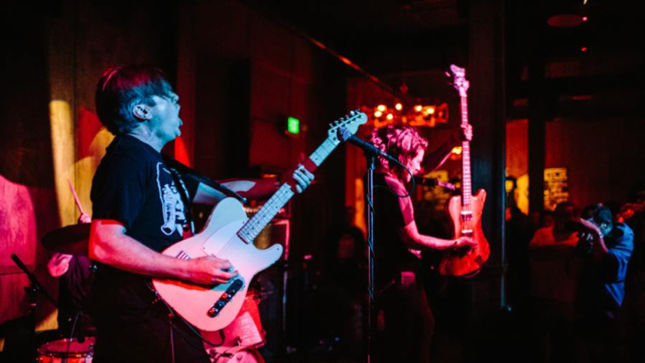 Atlanta power trio Whores have signed a worldwide deal with eOne Music with plans to release an all new LP next year.

"We are over the moon to be working with eOne Music," says vocalist Christian Lembach. "They completely understand where we are coming from, and it is an honour to be under the umbrella of the biggest indie label in North America."

The yet to be titled new effort will be the follow up to the highly buzzed about LP Clean (2013), which was widely cheered by critics. Recorded by Ryan Boesch (Helmet, Tomahawk, Fu Manchu, Melvins), the record sold out within a month, prompting the band to quickly release a second pressing. Clean is now on its fourth pressing.

Portland, OR hard rockers, Red Fang, have announced a headlining US tour this October with support from Whores and Wild Throne.  A complete listing of dates can be seen on the flyer below. 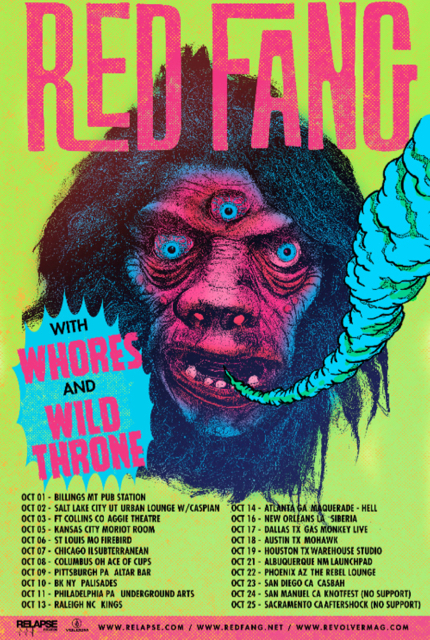 Prior to those dates, Whores will perform at Hi Tone in Memphis, TN tonight and Wednesday at The Aquarium in Fargo, ND.