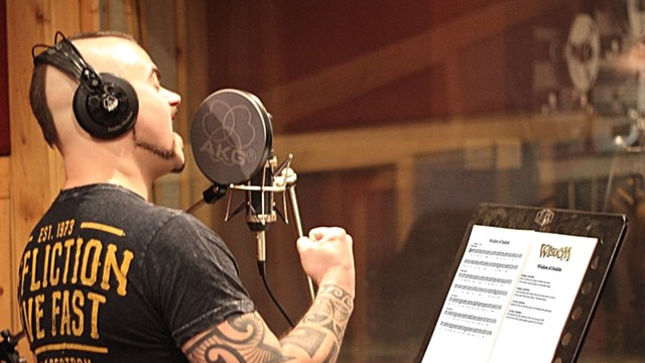 Hungary-based power metal heroes, Wisdom, have released the title track from their upcoming new album, Rise Of The Wise. The song, featuring Joakim Brodén from Sabaton, is streaming below.

The band states: "Now it's a tradition in Wisdom to invite our idols to do guest vocals in the title tracks of our albums. We proudly announce that Joakim Brodén from Sabaton accepted our request and did a great job on “Rise Of The Wise”! It was amazing to do the recordings together in the studio, something what we will never forget!" 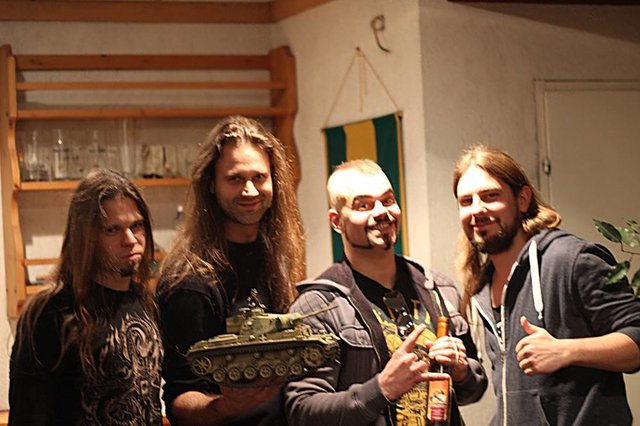 Joakim Brodén adds: "On our first tour together in 2012 these guys impressed me so much  with their professionalism and great songs that I still to this day find  myself singing along to their song ”Live Forevermore”. A bunch of amazing guys making amazing music, so when they asked me to  sing on a track on their new album it was an obvious choice!"

Rise Of The Wise will be released on February 26th via NoiseArt Records. The artwork was created by Gyula Havancsak (Hjules) who designed all of earlier Wisdom covers.

Rise Of The Wise tracklisting:

Aptly entitled Rise Of The Wise, the quintet‘s fourth studio album fully lives up to its name in each and every one of the eleven brand new songs: Thematically growing around various topics such as the multifarious facets of human existence as well as around the band mascot “Wiseman“ in a couple of songs, Wisdom rise to new heights of enthralling catchiness in the course of swift, solo-laden, double bass driven high speed gems, stomping mid-tempo majesty and magical folky ballads, all bursting with grandeur and bombastic melodies.