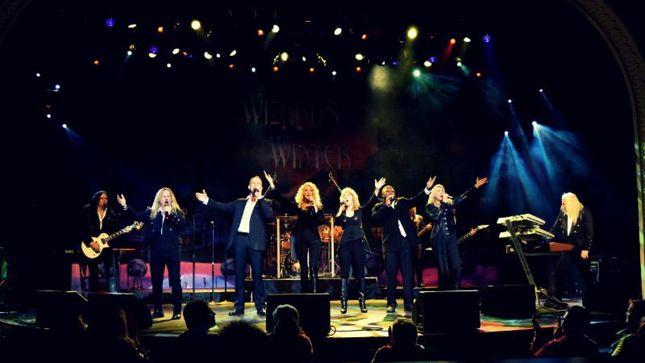 Holiday rock opera ensemble the Wizards Of Winter - featuring former members of the Trans-Siberian Orchestra, Rainbow and the bands of Alice Cooper and Ted Nugent - amazed audiences throughout the holiday seasons of 2015 and 2016 with their magical live performances and music from their latest full-length release, The Magic Of Winter. This year, the Wizards Of Winter are following up previous triumphs with a brand new tour and album.

Their third full-length album, The Christmas Dream, is set to be released later this year and will include all original holiday music in the style only the Wizards Of Winter can convey - enchanting, haunting and powerful. As with The Magic Of Winter, the new album is produced by Eric Rachel (in tandem with Wizards Of Winter's music director/keyboardist Scott Kelly) at Traxeast (Symphony X, Skid Row, Styx). The album art will once again be designed by classic rock album artist Ioannis (Deep Purple, Allman Brothers, Styx).

The Christmas Dream takes the listener on a musical "sleigh ride", covering many genres from pop to progressive rock. More details on the new album are set to be announced soon, and pre-sales will begin October 1st.

"This has been a fun album to write and record," says Scott Kelly. "We hope all of those who experienced 'The Magic Of Winter' with us further join us within our 'Christmas dream'!"

Each night, the ensemble will evoke the spirit of Christmas, weaving a story entirely based on the The Magic Of Winter and The Christmas Dream albums. Each Wizards Of Winter performance showcases soaring vocal harmonies, precision string instrumentation, outstanding guitar leads, powerful percussion and stunning keyboard work.

This year's tour will feature the violin and back-up vocal talents of new member Ellie Krasner. Ellie joins the Wizards Of Winter after recently completing a national tour with the world-renowned Barrage 8, a unique string octet.

Check back for more performance confirmations and ticket links via www.wizardsofwinter.com/tour-dates/.