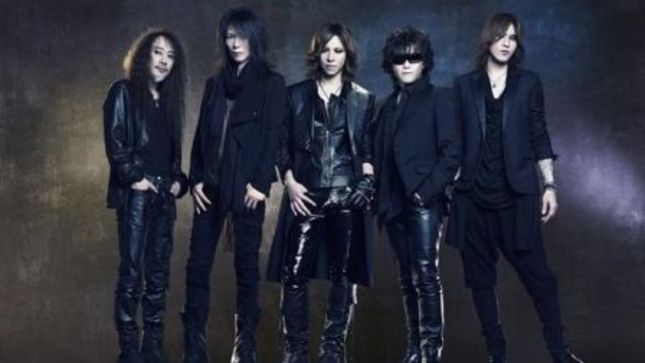 Yoshiki-songwriter, drummer, classically-trained pianist and the creative force of X Japan - performed a special set for the captivated SXSW crowd of movie-goers following the final screening of 'We Are X at the Paramount Theatre in Austin on Friday, March 18th. Yoshiki's classical versions of X Japan's songs with a string quartet live on stage garnered a standing ovation following his performance. Directly after the Paramount screening and performance, Yoshiki ran to the Japan Nite event at the Elysium inAustin and offered another striking live performance for the standing room only crowd (event photo link above and below). Three of the scheduled bands for Japan Nite were unable to make it to Austin due to visa issues and Yoshiki stepped in to support the long-running SXSW event.

We Are X explores the evolution, groundbreaking history and hopeful future of the land of the rising sun's most legendary rock group. From X Japan's massive success (over 30 million albums, singles and videos sold) and sold-out tours worldwide, We Are X chronicles the triumphs and tragedies of this legendary quintet who will never give up and continue to tour the world performing sold-out shows to massive arenas in 16 countries throughout the US and Europe.

Following the world premiere screening Sundance, Yoshiki - songwriter, drummer, classically-trained pianist and the creative leader of X Japan - stated, "The dark doors I had closed from my past became an entrance to the future. If there wasn't music and the band members would not have been there, it's clear I would not be here today."

Japan's most iconic rock band, X Japan initially split up in 1997 after playing their fifth New Year's Eve show at the 55,000-capacity Tokyo Dome;theyhave now sold out the Tokyo Dome a record 18 times. The group reformed in 2007 and have released three singles: "I.V." in 2008, "Jade" in 2011 and "Born To Be Free" in late 2015. They've been touring worldwide ever since and in October 2014, the group performed their debut Madison Square Garden show in New York before announcing the new album and We Are X film releases slated for 2016.

X Japan are currently laying down tracks in a Los Angeles studio for their as-yet-untitled album, which is due for a worldwide release in late 2016. A brief clip from We Are X can be seen below.