CHARIOTS OF THE GODS - Ages Unsung 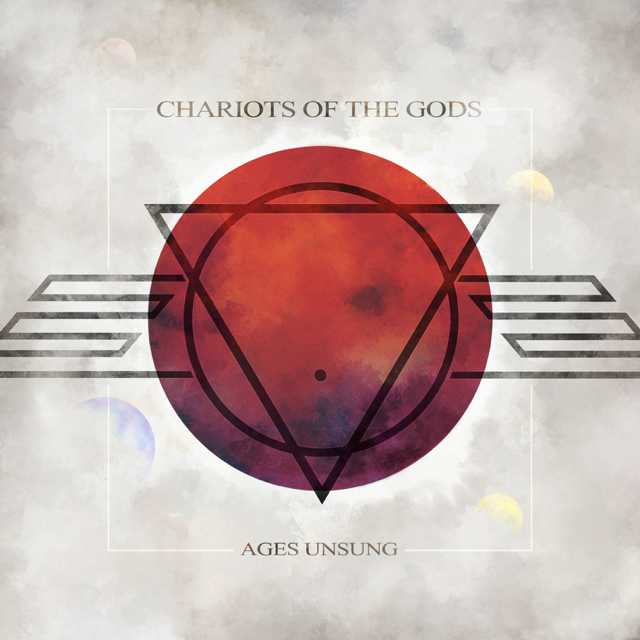 Ottawa-based Chariots Of The Gods inject the best parts of metalcore, thrash and melodeath into its second full-length release, Ages Unsung. The band’s extreme delivery, harsh-barked vocals and precise instrumentation carry hints of bands such as In Flames, Soilwork, Shadows Fall and Hatebreed, yet delivered in a modern, up to date sound. Despite the band’s short existence (formed in 2007), it plays with a confidence that belies most already-established bands. Chariots of The Gods have had a few hiccups since its 2013 debut release Tides Of War, causing a brief hiatus and a lineup change. On Ages Unsung, the band is back and better than ever.

Instrumental opener “Primordial Dawn” sets the tone with its eerie Halloween soundtrack keyboard melodies. Follow up track “Tusk” isn’t a Fleetwood Mac cover song in the least, as it explodes with some meaty, groove-laden Lamb Of God-ish riffs decorated with a heavier but fresh-sounding Trivium or Avenged Sevenfold flavor. From the scathing “Of Prometheus And The Sacred Flame” to the maniacal pace of “As The Sky Falls” to the raging closer “Ages Unsung,” Chariots Of The Gods deliver some decent modern melodic metal. The fretwork of Mathieu St-Amour throughout the album is pretty stellar, while new vocalist Christian Therien brings a new dynamic to the band’s sound. The combination of harsh barks and border-line emo cleans for the most part work in some spots, but sound totally homogenized and fabricated in other spots, most notably on “Tusk” and “Resurrection.” Although there are slight metalcore elements running throughout the album, there’s much more to explore on Ages Unsung, as Chariots of The Gods stray on the thrashier side of metalcore. Ages Unsung is a good example of modern melodeath done right.