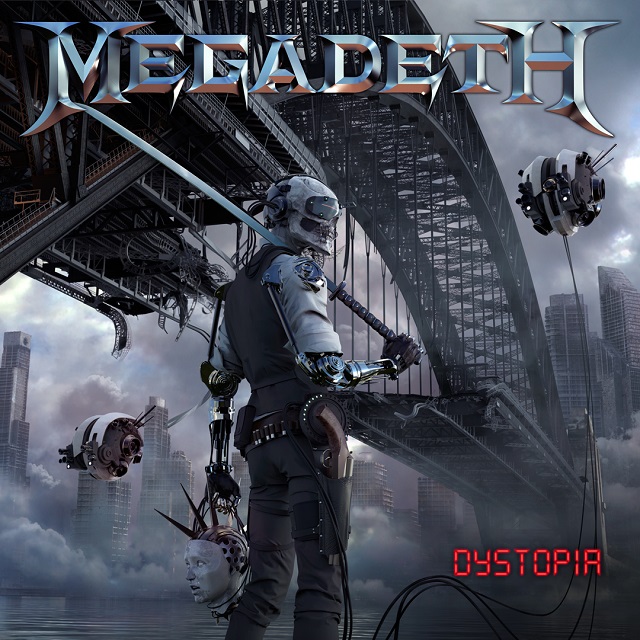 Which is essentially the story within the story on Dystopia. The highlights here, and there are several, could easily be in the top tier of that aforementioned highlight reel. “The Threat Is Real”, “Fatal Illusion”, “Lying In State” and “Foreign Policy” (minus its lazy chorus) are inspired, and they prove that Dave hasn’t lost his ability to write a really engaging metal song. One wonders why that very same phenomenon can’t be kept together over the course of an entire full-length (maybe the solution is to only release EPs from now on?). Aside from its highlights, and as was very much expected, the rest of Dystopia is serviceable - these songs inoffensive and even mildly interesting - but not much more.

Mention of course should be made of the fact that Dystopia features Lamb Of God’s Chris Adler, a truly gifted drummer who’s done all sorts of impressive things on Lamb Of God records, especially the landmark that is As The Palaces Burn. His presence on a Megadeth album is a completion of the circle in so many ways; whoever’s next on the Megadeth drum stool has big kick-drum pedals to fill.

So, yes, it’s 2016 and Megadeth’s written and executed another of its listenable, kind of memorable, sorta useful records. Maybe Rust and Peace Sells really were just explosions of inspiration that come once, or twice, in a career (the eye of the tornado, an old-school fan might say). Maybe Dystopia, and the fifteen years that’s preceded it, is actually the authentic representation of the Megadeth sound. For better or for worse.