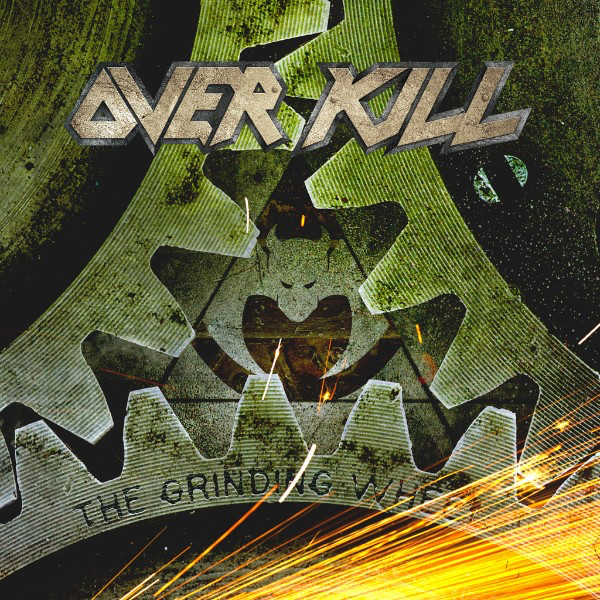 As cliché as it sounds, putting yourself in the path of The Grinding Wheel as an Overkill fan is as comfortable as slipping into your favourite jacket, boots or girlfriend / boyfriend. Going back to Ironbound from 2010, the band has been consistent in their quest to burn and bludgeon the loyal Overkill legions with an instantly recognizable brand of thrash, and the record succeeds in upholding the tradition. Truth be told, however, it wasn't expected that the quintet would manage to dish out high speed merry mayhem that actually stands toe-to-toe with their critically acclaimed last outing, White Devil Armory.

Aptly titled lead-off track "Mean, Green, Killing Machine" - which is years overdue - kicks things off in expected high octane fashion, and from there it's frontman Bobby "Blitz" Ellsworth leading the charge with his trademark harried shriek, showing nothing of his supposed age. Speed continues to be the key for "Goddamn Trouble" and "Our Finest Hour", with Overkill delivering what has become their trademark brand of thrash-with-punk-like-tendencies, going so far as to channel the glory of Feel The Fire and Taking Over in places (remember "Hammerhead", "Rotten To The Core", "Fatal If Swallowed"), at least to these old ears. "The Long Road" more than smacks of Megadeth if you take Blitz out of the equation, which may have been preferable given the cheesy chorus, and "Let's All Go To Hades" has all the earmarks of something Brutal Planet-era Alice Cooper would have a ton of fun covering (seriously). "Come Heavy" is the band's seemingly traditional channelling of the mighty Black Sabbath, picking up the momentum lost by the two previous tracks; not something one expects given how The Grinding Wheel starts to roll but certainly not out of place on an Overkill record. "Red, White And Blue" and "The Wheel" put Overkill back on the racetrack which, let's face it, is where they excel, bringing things to a close with the stomping epic title track.

If this play-by-play seems sparse on details, the fact The Grinding Wheel is on par with (and in some cases superior to) its Ironbound, The Electric Age and White Devil Armory predecessors. Simply put, it's a modern day Overkill album with all old school requirements in place. There is no room nor reason for disappointment. Along with Death Angel, Overkill remain one of the most volatile thrash bands around and show no signs of slowing down.